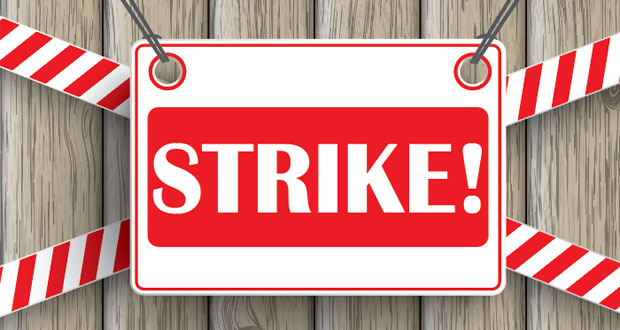 The industrial action declared by the labour movement in Kwara State, on Tuesday, recorded total compliance as state government workers stayed away from work in Ilorin, the state capital.

Most ministries, government agencies and establishments remained under lock and key on orders of the labour leaders to prevent workers from gaining entrance.

Primary and secondary school teachers also deserted their schools in compliance with the directive by the labour unions.

Students and school pupils were seen either roaming the streets or playing football in their schools.

The strike action recorded a major success on the first day of its declaration by the labour movement despite an order by the Industrial Court in Akure, Ondo State, restraining the Labour Unions from embarking on the indefinite strike action.

The state Head of Service, Mrs Susan Modupe Oluwole, had also “warned civil servants to be mindful of the public service rules and report for work”, which fell on deaf ears.

She had said that adequate security arrangements were made to guarantee their safety.

Meanwhile, the state Chairman of NLC, Issa Ore, who spoke to newsmen in Ilorin, on Tuesday, expressed satisfaction with the level of compliance by the workers in the state.

Ore, denied that leaders of the labour movement were served an industrial court order, asking workers to maintain the tempo of compliance on the indefinite strike until the state government honours the agreements with labour on the minimum wage issue.

The strike action was declared by the labour movement in the state following disagreements and refusal of the state government to sign and implement the N30,000 new minimum wage for state and local government workers.

In a communique issued at the end of a meeting on Monday, at the Labour House in Ilorin, the unions comprising the NLC, TUC, and JNC, said the strike action will begin on Tuesday, if the state government failed to sign and implement the minimum wage agreements by the close of work on Monday, October 12, 2020.

The communique implored workers to stay at home, co-operate and actively participate in the struggle to achieve the desired success.

“Every worker should remain at home, as any worker found in any ministry or office will be dealt with,” the labour movement warned.

The state government had repeatedly claimed that it was willing to pay the minimum wage on a table that its resources can accommodate without halting its delivery of infrastructure and public services to the rest of the population.

It further argued that since it was not in control of the local governments’ finances and expenditure, the councils should be allowed to negotiate the new minimum wage based on their capacity to pay. 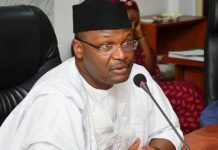 PDP To Yakubu: Your First Tenure Characterized By Miscarriages, Failures