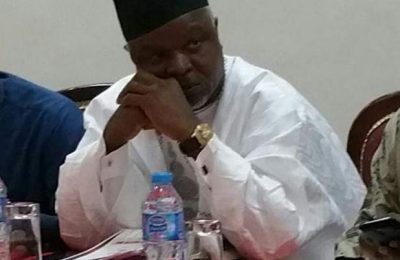 A Lokoja-based Chieftain of All Progressives Congress (APC), Hon Fancy Jimoh Tiamiyu, has said that the appointment of Senator Smart Adeyemi, as the Director-General of the Kogi State APC Governorship Campaign Council, was another wise move made to ensure the party’s victory in the election holding on November 16, 2019.

Tiamiyu, one of the notable leaders of the party in Lokoja Local Government Area (LGA), described Senator Adeyemi as a quintessential politician that has the experience and capacity to deliver victory for APC, in the forthcoming guber poll as the head of the party’s campaign organization.

“After the emergence of His Excellency, Governor Yahaya Bello, as the candidate of our great party, APC, and the nomination of the Chief of Staff to the governor, Edward Onoja, the Grand Commander of the Igala Kingdom, as his running mate, the appointment of Distinguished Senator Smart Adeyemi, as the Director General of the APC campaign council is another wise choice made to guarantee our party’s victory at the polls. We are satisfied with the decision of the party to have Senator Smart Adeyemi as our campaign DG. We will give him all the needed support as he takes charge of the affairs and activities of the campaign council and gloriously leads the party to victory,” Tiamiyu said.

The APC stalwart added: “Senator Smart Adeyemi’s experience as a veteran in the journalism profession, rising to hold the position of President, Nigerian Union of Journalists (NUJ) twice and a two-term Senator of the Federal Republic of Nigeria, would certainly come handy in this very important assignment given to him by our party at this point in time. That is why we are very much comfortable with his appointment as the campaign DG of the Bello-Onoja project, because we know he has got the vast experience, ability, connections and contacts to do a great job in rallying Kogi people to vote for APC.”