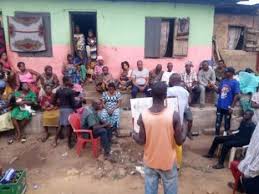 The Kogi State Community and Social Development Agency (CSDA) has concluded the training of 84 members of Community Project Management Committees (CPMC) to boost self-help projects across rural communities in the state.

General Manager of the Agency, Malam Dauda Momoh, disclosed this at the end of the two-day training for the CPMC members held in Lokoja, the Kogi state capital over the weekend.

Momoh said that the training of the 84 members drawn from 13 communities was aimed at equipping the participants with the necessary skills and competence to manage and deliver the projects on time and within budget. The General Manager who stressed the need for capacity building in every endeavour said, “Training is part of the mandate of the Agency. Before the implementation of any of our projects, the community must be trained. He said that the capacity building for the CPMC members was given the importance the Agency attached to the projects, more so than they were expected to commence execution of projects in their various communities and groups immediately.

“Because we will not compromise on quality and timeliness, the Kogi State CSDA has deemed it necessary to equip you with the necessary skills and competence to be able to deliver your projects on time and budget”, he said.

Earlier in an interview with Our Correspondent, the General Manager said the CSDA would spend over N220 million on 26 community development projects in the 13 communities by June this year.

He hinted that the Additional Financing of the World Bank Community and Social Development Project (CSDP), being implemented by the State through the CSDA would wind up in June.