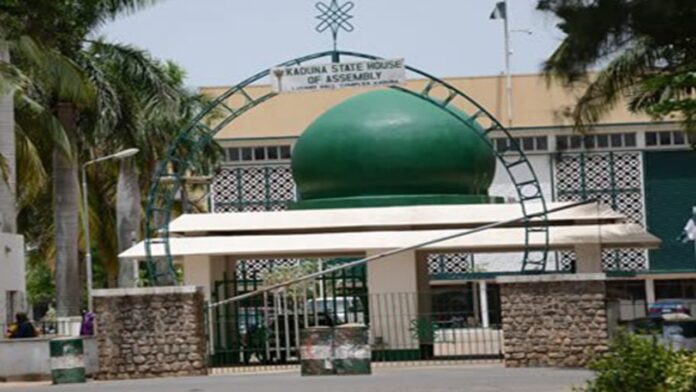 Kaduna State is going tough with the vice of rape. Rapists in the state are to be castrated for taking delight in unlawful carnal knowledge of the opposite sex.

The state House of Assembly has given a legislative approved for castration as punishment for those convicted of rape.

This is coming as two randy science professors of the Imo State University (IMSU) have been suspended in sex-for-grade scandals with their students.

The suspended professors are, the Head of the Department of Biochemistry, Emmanuel Agomuo, and his Chemistry Department counterpart, Victor Njoku.

They were allegedly caught on video, in compromising positions that put to shame their academic integrity. Agomuo was allegedly caught pants down in a hotel room by the police, when he arranged to have sex with a female student, from whom he had allegedly collected N150,000 as bribe-for-grade

Seems, he wanted sex for the icing of the unmerited grade.

Spokesman of IMSU, Ralph Njoku Obi, has, however, confirmed the suspension of the two egg heads, pointing out that the university has also set up a panel to probe the two sex-for-grade science teachers.

According to Obi, ‘’we just came out of an expanded management meeting now. Management resolved to set up a panel to look into the veracity of the content of the video clips but as it stands now, the two lecturers have been suspended so they can give us ample room to do a proper investigation into the matter.

‘’It is believed that the trending video clips may have again exposed the ugly underworld of sex-for-grade syndicates operating in the Imo State University, Owerri.”

Sex-for-grade scandal was the theme of an award-winning BBC documentary that focused on universities in Nigeria and Ghana.

In the mean time, the decision of Kaduna legislators on rapists follows the passage of a bill amending the state’s penal court law, 2017. The House says the bill was passed into law on Wednesday.

The state penal law currently provides for 21 years of imprisonment for rape of an adult and life imprisonment in the case of a child.

It was passed about two months after Governor Nasir el-Rufai, advocated a stiff punishment, lamenting that convicts often rape more persons after serving their jail term.

“In addition to life imprisonment or 21 years’ imprisonment, anyone convicted of rape will have his organ surgically removed so that even after he finishes his term, he will not be able to rape anyone again”, the governor said.

“So long as the tool exists, there is the likelihood that he may go back to do it again. Most of the perpetrators are young people, so even after 21 years, they can come back and continue.”

He had also said the state will expunge the provision for bail conditions for rape convicts.