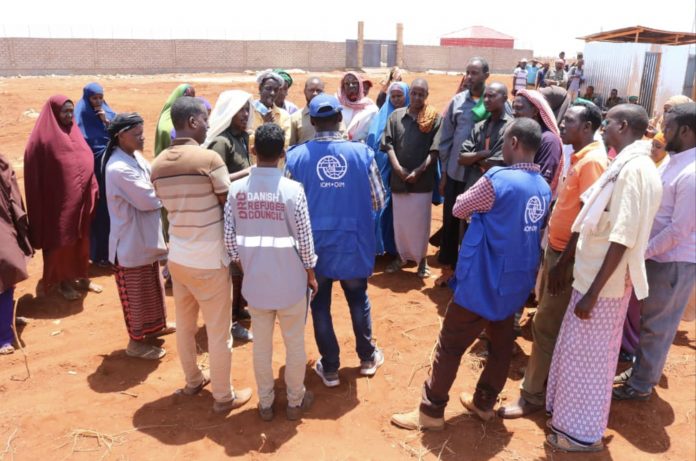 The International Organisation for Migration (IOM) is launching an emergency response project in the Tillabéry region of Niger Republic with funding from the Government of Japan.

The effort is designed to last for nine months and aims to provide 1,000 emergency shelters and 1,000 Non-Food Item (NFI) kits to 14,500 internally displaced persons (IDPs) and other conflict-affected households along the Niger-Mali border.

This cheery news came as Dr. Samir Howlader, was busy recalling less than two years ago when most health services were delivered on foot or in rented ambulances to the hundreds of thousands of Rohingya refugees streaming into Bangladesh from Myanmar.

“There were effectively no facilities in August 2017 for the new arrivals,” he said, referring to the nearly one million Rohingyas who fled across the border to Cox’s Bazar.

“Many of them had dysentery, diarrhea and respiratory tract infections. There were also burns, bullet wounds and other horrible injuries. It would have strained even an advanced health system.”

The mobile medics also faced overwhelming logistical difficulties. There were five teams providing mobile services and five shuttling patients to facilities outside the camps. They had to carry their own medicines and often travelled on muddy trails in difficult conditions, according to Dr Howlader, an IOM National Health Programme Officer.

Just 18 months later, the situation on the ground has improved beyond recognition, according to IOM Emergency Health Coordinator Dr Francis Tabu.  Many of the bamboo clinics have been upgraded to pre-fabricated facilities and many more healthcare staff have been brought on board.

IOM now has 45 doctors, 40 midwives, 31 nurses, as well as ambulance drivers and other ancillary staff working in both the camps and host communities.

Over a million patients have received consultations at 11 IOM and nine IOM-supported government clinics since August 2017. Over 3,200 babies were successfully delivered in the first three months of this year.

But with the monsoon expected to start within the next month, IOM doctors are warning that healthcare in the camps is still inadequate to meet the needs of its residents. Every year, the heavy rain and high winds bring waterborne diseases including acute diarrhea, upper and lower respiratory tract infections and tropical parasites. In 2018 many people were also injured by weather-related accidents and landslides.

At a health workshop to take stock of achievements and plan for the challenges ahead last week in Cox’s Bazar, Dr Tabu told the IOM health team that better feedback from the refugees and local communities was essential if they were to “up their game and improve the quality of services.” “We need to encourage suggestions from patients and incentivize people to provide feedback to (IOM’s) Feedback and Information Centres,” he said.

In coordination and cooperation with the Ministry of Humanitarian Action and Disaster Management, IOM also aims to improve the living conditions of the crisis-affected population through medical assistance.

Meanwhile, since 2012, the Tillabéry region in Niger has been impacted by ongoing violence and insecurity in its neighbor, Mali. That has led to the displacement of some 49,000 people throughout Niger.

The region’s state of emergency – coupled with ongoing military operations – increases local tensions. Last year, the United Nations Department of Safety and Security (UNDSS) recorded 97 security incidents in Tillabéry and the neighboring Tahoua region. Moreover, in the Tillabéry region from January to November 2018, a total of 377 protection incidents were reported, ranging from attacks to kidnappings.

IOM has been present in Niger since 2006 and has been active in emergency responses since 2013, providing shelters and NFI kits. IOM Niger also facilitates, as co-lead together with the Ministry of Humanitarian Action and Disaster Management, the coordination of the Shelter and NFI Working Group.

Most of the IDPs in the region are currently living in improvised shelters, close to villages or military barracks in the region. These are shelters improvised under very precarious conditions that lack basic items such as blankets, mosquito nets, mats or hygiene kits.

IOM’s main activities in the region so far have focused on social cohesion and border management. Since 2016, IOM Niger also has been operating a sub-office in the Tillabéry region’s Baleyara district, as well as in Tillabéry City since 2018.

Given the continued displacements in Tillabéry, international humanitarian aid is needed more than ever to address the ever-increasing needs of the vulnerable affected populations.

“Empowering people to articulate and respond to their own needs and those of others is crucial,” said Peter Kioy, IOM’s Emergency Response Coordinator in Niger. “The proposed intervention has been developed such that, in addition to providing immediate assistance to the vulnerable affected population, to contribute to building beneficiaries’ resilience and reducing future risks,” Kioy added.

The Protection Cluster estimates that in 2019, 195,000 persons will be in need of protection in both Tillabéry and Tahoua regions and that access to humanitarian assistance for the affected population will remain a challenge due to security risks and access, especially during the incoming rainy season.