The current debate over the Buhari government’s request to borrow additional $30bn (a substantial portion of which is likely to come from China), has revived debates not just about debt overhang in the country but also about whether China is using debt as a deliberate strategy  to take over several countries in Africa. In 2018 John Bolton former US national security adviser pointedly accused China of making “strategic use of debt to hold states in Africa captive to Beijing’s wishes and demands.”

In fact critics of China’s role in Africa argue that China is basically trying to do what the European powers did at the Berlin Conference of 1884-1885 but using a different strategy. It should be recalled that at the Berlin Conference the continent was divided among the major European powers, with the principle of effective occupation, which was used as a major criterion in deciding which country got what, legitimising colonialism and forceful pacification of the native – and achieved mostly through guns and mortars.  Critics argue that rather than tanks and mortars, the Chinese found that banks are more effective than tanks as instruments of domination in line with the arguments of the revered ancient Chinese military philosopher Sun Tzu who posited that to defeat your enemy without a fight is the highest demonstration of skill.

Of course any analysis of China’s role in Africa risks being caught in the web of the rivalry (or jealousy) between China and the continent’s former colonial masters and traditional allies: if it is too critical of China’s role in the continent, it is suspected of oozing of Western bias or playing out a Western script. If it is too welcoming of Chinese presence, it is suspected of trying to ingratiate oneself to China or even externalising one’s sub-conscious disappointments with the continent’s traditional allies and former colonial masters.

What is obvious is that the influence of China, (which overtook USA as Africa’s biggest trading partner in 2009), is growing by leaps and bounds in the continent. While trade between China and Africa reached   $300 billion in 2015, China has also embarked on many infrastructural and road development projects in the continent through its colossal Belt and Road Initiative – its gargantuan global infrastructure development projects. For instance, under this initiative it constructed Kenya’s 290-mile railway from the capital, Nairobi, to the port city of Mombasa. Under the initiative for instance, landlocked Ethiopia got a 470-mile electric railway from its capital Addis Ababa, to the port in the neighbouring Djibouti. While East Africa has been the main focus of China’s Belt and Road Initiative on the continent, Chinese infrastructure projects stretch all the way to Angola and Nigeria, with ports planned along the coast from Dakar to Libreville and Lagos. Beijing has also signalled its support for the African Union’s proposed pan-African high-speed rail network.

A major concern of many is on the cost to Africans of China’s increasing involvement in the continent – from accusations of the Chinese taking over local  jobs (including in retailing roadside  roasted corns) to squeezing the continent’s SMEs, land grab and  predatory lending. For instance a recent study by the China-Africa Research Initiative at the Johns Hopkins School of Advanced International Studies, found that China had lent a total of $143 billion to 56 African countries. The loans were facilitated principally by the Export-Import Bank of China and the China Development Bank. Seven countries – Angola, Cameroon, Ethiopia, Kenya, Republic of the Congo, Sudan and Zambia – accounted for two thirds of total cumulative borrowing in 2017 from China, with oil-rich Angola alone representing a 30% share, or $43 billion (35% of Angolan 2017 GDP). According to an April 2018 IMF study, as of the end of 2017, about 40% of low-income Sub-Saharan African countries are now in debt distress or assessed as being at high risk of debt distress including Ethiopia, the Republic of the Congo and Zambia. This should be a real red flag. On September 3 and 4, 2018, Chinese President Xi Jinping hosted the seventh Forum on China-Africa Cooperation (FOCAC) in Beijing where President Xi pledged additional US$60 billion in aid and financing for Africa.

A major concern with these loans is what happens if the borrowing country is unable to pay back. In the 1980s and 1990s when many countries in the continent struggled to repay their loans to the London and Paris Clubs of creditors, one of the consequences was the foisting of crippling IMF/World bank-supported structural adjustment programmes as a condition for the affected countries rescheduling their debts or even opening new letters of credit. China’s responses to some of its debtors that struggled to repay have raised fears of Africa’s debt overhang of the 1980s and 1990s.   For instance, when Angola, which is heavily indebted to China struggled to repay, it was forced to  reach loans-for-oil settlement, with Beijing tying the country’s future oil production to shipments to China in order to service the country’s burgeoning infrastructure debt. In Kenya,   China is set to take over the country’s lucrative Mombassa port if Kenya Railways Corporation defaults on its loan from the Exim Bank of China.  Though Kenya’s standard gauge railway (also known as the Madaraka Express), which was built and funded by China,  was plagued by cost overruns, (with some questioning its viability), critics say China is  not worried  since  if the 80%-China funded project fails, Beijing will take full control of it in what would be a  ‘debt-for-sovereignty’ swap. Again when Sri Lanka had difficulties servicing its $8 billion of infrastructure-related borrowing from China, it led to the country handing over a controlling equity stake and a 99-year operating lease of her second-largest port at Hambantota to a subsidiary of a Chinese state-owned enterprise in December 2017. For Pakistan, another debtor to China which struggled to re-pay, it is estimated that more than 90% of revenues generated at her newly developed Gwadar Port at the mouth of the strategically significant Gulf of Oman are collected by the Chinese operator. In Djibouti, where public debt has risen to roughly 80 percent of the country’s GDP (with the lion share being owed to China), it may not be mere coincidence that China’s only overseas military base is in the country.  A number of African countries – Burundi, Chad, Mozambique, Zambia and Nigeria are either in debt distress or at high risk of it. Some have accused China’s lending practise of causing this or exacerbating the situation.

However not everyone has a dim view of China’s role in Africa.  Some have in fact argued that total spending in the China’s colossal Belt and Road Initiative (BRI), could reach $1.3 trillion in the decade to 2023 – more than seven times the investment made under the US Marshall Plan to rebuild European economies after World War II.  A 2018 Pew Research poll on global perceptions of China also found that more than two-thirds of Tanzanians have a positive view of China.

Essentially therefore, deconstruction of China’s role in Africa must transcend the capture of single-story narratives. African countries that take loans from China and other sources must also take responsibility because even at the personal level, if you take loans from a bank and default, you lose your collateral.

It may be true that China is swapping its value-added manufactures for low value-added and raw commodities from Africa. No one can blame it for using what it has to get what it does not have. Unfortunately it is this pattern (which also characterises the continent’s relations with its former colonial masters and traditional allies) that has stoked fears   of colonization or China’s relations with the continent being anti-development. The solution for this may not be in China bashing but in African leaders finding smart ways of benefitting from the relationship with China and also developing ingenious ways to profit from the rivalry between China and her traditional allies. In doing this, African leaders should bear in mind that  China, like the continent’s former colonial masters and others, is in Africa not as Father Christmas but to advance its interest. There is nothing wrong in that so it is up to the continent’s leaders to develop hard-nosed economic thinking in its relations with China, rather than being swayed by the politeness of Chinese leaders and the easy availability of loans.  African governments could match China’s ‘Africa policy’ with their own ‘China policy’ with long term strategies. 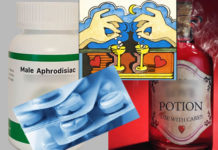 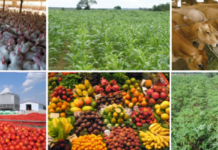 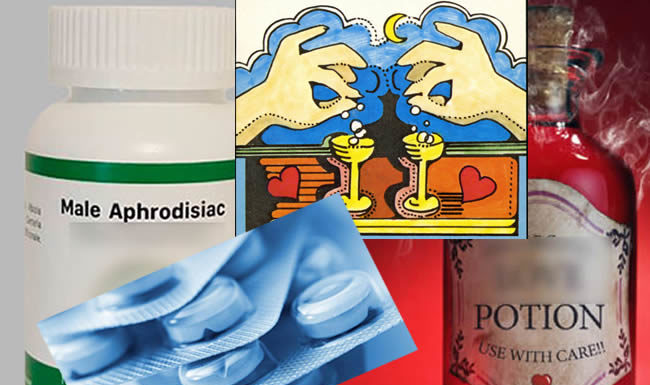