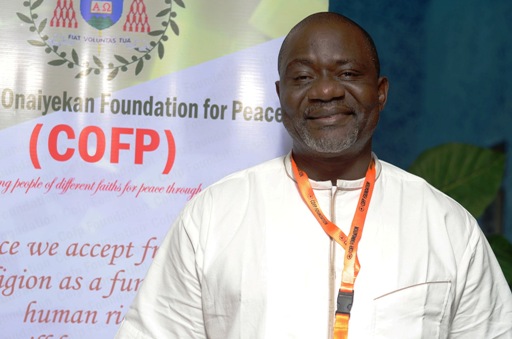 •Our biggest problem is not the Irigwe, but the army- Miyetti Allah

The Irigwe community has said that the ongoing conflict between her people and the Fulanis, where several lives and property were lost, was an attempt to drive them away from their ancestral land, saying their pleas for mercy and forgiveness to the Fulanis went on deaf ears.

Speaking in an exclusive interview with The News Chronicle, The President, Irigwe Development Association (IDA), Hon Sunday Abdu, described the conflict this way.

“What is happening is a calculated attempt by the Fulanis to drive us away from our ancestral lands and to occupy. There are no two ways about it, otherwise, you can’t have people coming to your place, killing you, burning your houses, barns and farms consistently since 2017 till date and it is going unabated and nothing is done to put it to a halt”, Abdu stated.

He also disclosed why all the previous peace meetings failed.

According to him, “anytime we sit down with the Fulanis to discuss peace, that very day they will attack us, it has been on record for the umpteenth time. We cannot say all Fulanis are bad and you cannot also say all Irigwe people are good. But that is not what we are talking about here. What we are saying is that why should the Fulanis always come pursuing our people and killing them without mercy”.

“That time that we signed the expression of interest, it was in Miango. Amidst all the confusion, our people did not understand that. The documents were signed but you can see today. We can’t sleep, we don’t know what to do…We have been meeting with the Fulanis begging them for mercy, for forgiveness. We do not have the power to look for them”, he lamented.

According to Abdu, only justice and fairness would bring lasting peace.

“What will bring peace; not only in Irigwe land but in Plateau and Nigeria, are justice and fair play. Live and let’s live! We need each other”, he concluded.

Meanwhile, The Miyetti Allah Cattle Breeders Association of Nigeria (MACBAN) in Plateau state has revealed that the conflict between Irigwe and Fulani was a deliberate ploy to pitch the two groups against each other and that they only had problems with the security operatives and not the Irigwe people.

Speaking in an exclusive interview with The News Chronicle, the Caretaker Chairman of the association in the state, Mallam Isa A. Bappa, had this to say.

“Right now, it is well known that the two groups are being pitched against each other. Therefore the herdsmen and farmers have resolved that they will settle the matter. How are we going to understand each other? It is through justice and fairness and truth. If they offend each other, there is a village head and Ardos to settle the issue. What brings soldiers or police in the issue. Because both farmers and grazers have a similar occupation. They are under the same Ministry and so they are supposed to be more united. We understand that some security operatives are responsible for the lack of peace”, he revealed.

Bappa went on to say: “our biggest problem is not the Irigwe, our biggest problem is the army. They said soldiers were killed in Bassa, we said to them that as leaders, we should not be in a hurry to interfere by supporting truth or falsehood. So what have they done to the soldiers? I have spoken with Christian youth leaders and the local branch of Miyetti, they were living peacefully with each other. So I think, the government must intervene; whoever is guilty is not above the law”.

Bappa then appealed to his people to be law-abiding and also called on President Buhari to turn his attention on the Plateau conflict.

“Since I assumed leadership, I have gone round to enlighten my Fulani brothers on peaceful co-existence and they understood. I still call on them not to take the laws in their hands. We should be patient and follow the laws. I also call on President Buhari to look into the Plateau matter because security operatives are intimidating us the leaders”, he added.