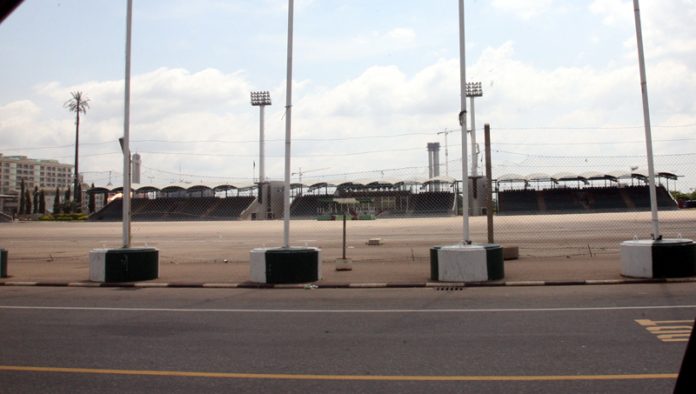 Ahead of the parade to mark Nigeria’s 60th Independence anniversary on Oct.1,  the Federal Government has ordered that all routes leading to the Eagle Square should be blocked from midnight on Wednesday, Sept. 30.
The Minister of Information and Culture, Alhaji Lai Mohammed, announced this in a statement he personally signed and made available to newsmen on Tuesday in Abuja.
The Minister said that the blockage is part of measures put in place to further enhance security in and around Eagle Square, venue of the Independence ceremony located in the heart of Abuja.
He said that Shehu Shagari Way, Ahmadu Bello Way, outward and inward-bound Airport Roads and adjoining roads would be blocked to traffic.
The Minister added that the Federal Secretariat Complex would be evacuated by 2.00pm on Wednesday.
He explained that by the evacuation, all workers within the precincts of the Eagle Square must vacate their offices from the time.
The News Agency of Nigeria (NAN) reports that the Thursday parade and Presidential broadcast is the climax of the events lined up for the 60th independence anniversary celebration.
NAN reports that the celebration has been in full swing following the launch of the theme and logo by Mr President.
So far, a public lecture, Special Jumat Service, an Inter-denominational Church Service and the launch of the National Ethics and Integrity Policy, as well as the Integrity Award to commemorate the 20th anniversary of ICPC, had been held.
A historical exhibition titled “Nigeria: A Country of Colours and Tongues”, has also been held.
The federal government has also announced that the Diamond Jubilee would be a year-long celebration with the hosting of staggered events until 30 Sept. 2021.