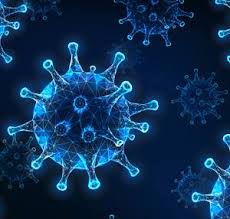 Fear of the rampaging coronavirus disease has forced the President Muhammadu Buhari administration to suspend their weekly Executive Council meeting.

Chairman of the Presidential Task Force on COVID-19, Boss Mustapha, announced this in Abuja on Monday. Mustapha who is also the Secretary to the Government of the Federation, says the weekly federal executive council will be suspended “until further notice”.

The Buhari administration also announced the closure of all land borders for four weeks because of the coronavirus pandemic. According to the SGF, “after a further review, Mr. President on the recommendation of Presidential Task Force (PTF) has approved the following additional measures”.

“Suspension of the weekly FEC meetings until further notice; postponement of the meeting of the Council of State ​​​scheduled for Thursday 26th March 2020;

“​All land borders that have been hitherto under partial closure ​​shall now be closed for human traffic for four weeks effective, ​​23rd March 2020″. “In order to protect Federal Civil and Public Servants, a circular ​​to be issued by the Head of Civil Service of the Federation ​​(HCSF) shall direct on actions to be taken immediately.

“​All Abuja and Lagos residents are strongly advised to stay at ​​home, avoid mass congregation of any kind as well as non-​​essential outings until further advice is given.’’

The World Health Organisation (WHO) has, however, confirmed that the pandemic has covered 192 countries, with over 329,000 cases. In Africa, 42 out of 54 countries have reported cases while 48 deaths have been recorded. ​

“In Nigeria, 36 cases have been reported and one fatality has occurred. The first responders, particularly the National Centre for Disease Control (NCDC) continues to attend to reports received through telephone calls and other media’’, Mustapha says.

He has also commended Nigerians for stepping out to report and/or make enquires through the dedicated hotlines, pointing out, ‘’records show that on Sunday, March 22, 2020, over 4500 calls were received. This shows the high level of awareness amongst Nigerians”.

“​The strategy of the government is to focus on testing, detection, and containment through contact tracking in order to minimize hugely, the possibility of community spread.

“We urge anyone experiencing the symptoms of the virus or has been in contact with anyone who has been suspected or tested positive to please report at the nearest medical facility or the designated center”.

“​The Presidential Task Force continues to monitor the global and domestic developments and has isolated Lagos and Abuja for particular attention in view of their population, mobility and number of cases already reported.”