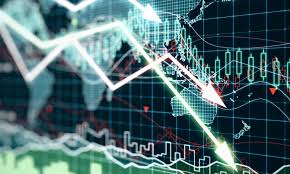 Despite the rising food prices in Nigeria largely due to the coronavirus lockdown, in other parts of the world, food prices are on the downward slope.

Food and Agriculture Organisation (FAO) says world food prices declined sharply in March, driven mostly by demand-side contractions linked to the effects of the coronavirus \pandemic and the drop in global oil prices due mostly to expectations of economic slowdown as governments roll out restrictions designed to respond to the health crisis.

The FAO Food Price Index, which tracks monthly changes in the international prices of commonly traded food commodities, averaged 172.2 points during the month, down 4.3 percent from February.

The FAO Sugar Price Index posted the biggest drop, down 19.1 percent from the previous month. Causes include lower demand from out-of-home consumption linked to the confinement measures imposed by many countries and lower demand from ethanol producers due to the steep fall in crude oil prices.

FAO analyst, Peter Thoenes, says “oil prices have fallen by more than half during the past month, which catalyzes a large downward impact on biofuels, which are an important source of demand in the markets for sugar and vegetable oils.”

The FAO Dairy Price Index fell by 3.0 percent, driven by declining quotations and global import demand for skim and whole milk powders, due largely to disruptions in the dairy supply chains because of the containment measures aimed at controlling the spread of COVID-19.

The FAO Cereal Price Index in March declined 1.9 percent from February and stood at nearly its level of March 2019. International wheat prices declined, as the effects of large global supplies and broadly favourable crop prospects outweighed those of increased import demand from North Africa and some small export limitations imposed by the Russian Federation.

Maize prices also declined due to both large supplies and much weaker demand from the biofuel sector.

International rice prices, by contrast, rose for the third consecutive month, with Indica quotations buoyed by stockpiling spurred by concerns over the pandemic and reports that Vietnam might introduce export bans – which the government has since downplayed.

FAO is closely monitoring prices and logistical issue for food commodities to alert countries of emerging problems that could exacerbate potential disruptions during the pandemic.

The FAO Meat Price Index fell by 0.6 percent, led by drops in international quotations for ovine and bovine meats, for which export availabilities are large and trade capacity dampened by logistic bottlenecks.

But pig meat quotations rose amid surging global demand and as processing facilities were hampered by the restrictions on the movement of workers.

FAO’s forecast for 2020 world wheat production remains unchanged from the previous month, at the near-record level of last year, which, coupled with ample inventories, will help shield food markets from turmoil during the coronavirus storm.

In this month’s Cereal Supply and Demand Brief, also released today, FAO’s hiked its estimate for worldwide cereal output in 2019 to 2 721 million tonnes, a 2.4 percent increase from 2018.

While localised disruptions, mostly due to logistical issues, pose challenges to food supply chains in some markets, their anticipated duration and magnitude are unlikely to have a significant effect on global food markets, FAO said.

FAO’s 2020 forecast for world wheat production is unchanged from last month at 763 million tonnes, with expectations of lower outputs in the European Union, Ukraine and the United States of America compensated by anticipated production gains in the Russian Federation, India and Pakistan – although locust infestations in the latter two countries could temper the foreseen increase.

For maize, the leading coarse grain, bumper harvests are expected in Brazil and Argentina, and South Africa’s maize output is forecast to recover strongly after last year’s drought. Elsewhere, sowing decisions may be influenced by the downturn in international maize prices.

FAO’s forecast for world cereal utilisations for 2019/20 has been raised slightly to 2 722 million tonnes, a 1.2 percent annual increase.

World cereal stocks at the close of the 2020 seasons are expected to contract by 8 million tonnes from their opening levels, pushing the global cereals stock-to-use ratio down to 30.7 percent, which is still considered a comfortable level.

World trade in cereals is forecast to increase by 2.3 percent from the previous year to reach 420 million tonnes.

Meanwhile, across Nigeria including Abuja, consumers are reporting rising food prices. The price of the staple food, garri, has more than double depending on the measurement. In Karu market, for instance, a mudu of garri that was selling for N150 is now N300.

Obviously, the lockdown is worsening the hunger situation in the country. In rural areas, local petty thieves are said to be more interested in food.

A source in one of the plural outskirts of Abuja told our reporter on Thursday that a gang of thieves raided their compound demanding, ‘’what food una cook? Go bring am fast fast.’’

According to the source, they (the thieves) only went away with the food. The hunger situation in Nigeria is being compounded by the coronavirus lockdown.’’