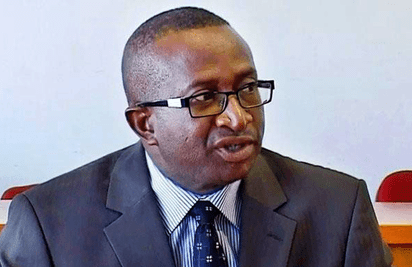 The Apex Court had on January 14, 2020, ruled that Uzodinma was able to prove the unlawful exclusion of results from 388 polling units where he won overwhelmingly with over 200,00 votes and therefore declared him the authentic winner of the 2019 governorship in Imo State.

In a statement issued at the weekend, Ndoma-Egba who is also the immediate past Chairman of Niger Delta Development Commission, NDDC, said: “I congratulate Senator Hope Uzodinma on his victory in the Supreme Court and his swearing-in as Governor of Imo State. By this victory, the Supreme Court has corrected at least one of the many inexplicable actions of the Independent National Electoral Commission (INEC) in the last elections, elections whose integrity has remained the subject of intense debate, and many of which activities have been validated by the Lower Courts. The judgment of the Supreme Court will reinforce the parameters for the exercise of discretion or judgment in elections by the Independent National Electoral Commission (INEC) and further clarify the legal position.

“The Supreme Court is the final court of the land and its decisions are final. A twin pillar of democracy is the rule of law. We are therefore not only obliged to accept its decisions without reservation but must remain respectful of the Court, and indeed all our courts, irrespective of the outcomes of their judgments and how we are affected by them…

“The judgment of the Supreme Court in this matter is not only a consequence of our democracy; it is also a victory for it. I, however, pray that a day comes soon that our elections will be so free and fair that judicial intervention will be totally unnecessary and the electorate will become the sole determinant of election outcomes.

Senator Uzodinma has a historic opportunity to make a difference in Imo State. I pray he seizes it.”