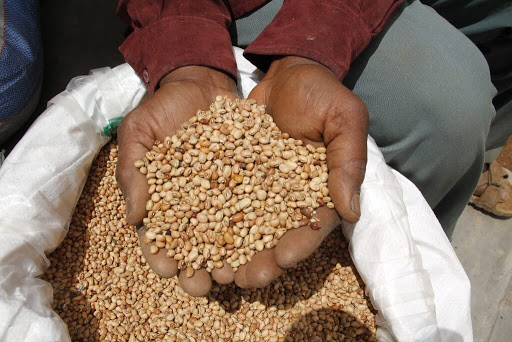 A seeming frantic effort is currently being made to meet the increasing demand for soybean in Nigeria and narrow its importation.

Its high demand in the country is not met locally due to low yield.

Soybean provides an inexpensive and high-quality source of protein comparable to meat, poultry, and eggs.

To help solve this challenge, the Business Incubation Platform (BIP) of the International Institute of Tropical Agriculture (IITA) is partnering with Seed Co. Pty Ltd., United Phosphorous Limited (UPL), and Nigeria Soybean Association (NSA) to embark on trials that aim to achieve better yield and income for farmers.

Soybean is among the major industrial food crops grown in every continent, and it can be successfully grown in many states in Nigeria using low agricultural input.

Soybean cultivation in Nigeria has expanded as a result of its nutritive and economic importance and diverse domestic usage.

It has an average protein content of 40% and is more protein-rich than any of the common vegetable or animal food sources found in Nigeria.

The seeds contain about 20% oil on a dry matter basis, and this is 85% unsaturated and cholesterol-free.

Soybean is believed to have been introduced into Africa in the 19th century by Chinese traders along the east coast of Africa.

The rapid growth in the poultry sector in the past few years has also increased demand for soybean meal in Nigeria.

Africa consumes about 618,000 tons of soybean annually with Nigeria being the major consumer and importer.

Malnutrition, particularly protein deficiency, is prevalent in many parts of Africa as animal protein is too expensive for most populations.

The current average yields from the developed varieties are quite low—between 0.8 and 1.2 t/ha, with demand far higher than the supply.

This will help reduce the rate of soybean importation in Nigeria and make it readily available for both individual consumption and industrial use.

IITA Soybean breeder, Abebe Abush, who is developing varieties that will increase farmers’ yield, was part of the team and ensured that good agronomic practices were followed.

The planting commenced in July 2019 across the different locations and treatment was done with Nodumax, an IITA innovation and inoculant that increases the yield of soybean by more than 30%.

The crops were also treated with Simple Super Phosphate (SSP) and NPK fertilizer.

The planting population was 400,000 plantlets/ha and a post-emergent herbicide known as IRIS was applied on the 19th day after planting to eradicate weeds on the field.

The team carried out separate demonstration trials at IITA, some with Nodumax treatment and others without. They discovered that those treated with Nodumax had far better yields than those without.

They also studied factors affecting yield disparity across different locations and found that environmental variations contributed to this disparity.

In Ibadan, the highest average yield of 2.8 t/ha was achieved due to adequate water availability via irrigation despite low rainfall for three weeks after planting.

This shows that the availability of water can contribute significantly to the growth performance of soybean. Quality seeds, right fertilizer application, proper weed management, and application of an inoculant (Nodumax) are key ingredients that can contribute to achieving better results.

Some of the stages such as planting, germination, pod development, yellow colouration stage, brownish colouration stage, harvesting, and threshing need to be monitored properly and activities in each of these stages managed effectively for good output.

The IITA-BIP team led by Frederick Schreurs believes that at least 4 t/ha can be achieved by 2021.

The BIP team is open to collaboration on projects that involve commercial soybean production and can leverage on outgrowers’ model to increase farmers’ yield and income.

BIP also has quality breeder and foundations seeds, which seed companies can obtain from IITA-GoSeed.