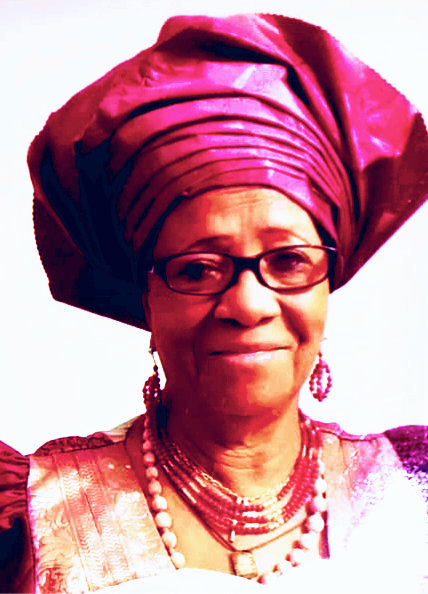 Mrs.Okwor, a one-time member of Advisory Council of the People’s Democratic Party (PDP) is widely regarded as one of the few remaining Nigerians who have seen the country from the struggle for independence to the development of its flawed democracy.

She is also a political associate of the late Dr Nnamdi Azikiwe, the first ceremonial President of Nigeria. Against the backdrop of the undying agitation for Biafra, she says the Nigerian Civil War of 1967-1970 could have been avoided.

While describing the war as ‘’a pogrom and a war of attrition’’, she claimed that it was meant to wipe out the Igbo race for no just cause, adding, ‘’it reminded me of the Holocaust against the Jews. I feel very emotional as I speak about this.’’

The war, according to her, could have been avoided, had Nigeria kept her end of the agreement at Aburi, in the Republic of Ghana, which came to be called The Aburi Accord reached in 1967.

‘’The accord finally broke down because of differences in interpretation on both sides. This led to the outbreak of the war. Markets and places of worship were not spared from bombings and strafing.

‘’As a matter of fact, one of my domestic staffs lost her mother in one of the market bombings. She was hurt by shrapnel; she bled to death since medical facilities were scarce. The effect of the war on the State of Biafra was deplorable.

‘’The government of Nigeria is vehemently opposed to the name Biafra. Many point to the fact that Biafrans have never been re-integrated. The basis for unity no longer exists.

‘’Biafrans are struggling for their survival without depending on anyone. Since the Nigerian government has absolutely refused to accept Biafrans as a part of Nigeria, it stands to reason that they should be allowed to go separately and develop on their own at their own pace.’’

Hammering more on the flawed political system in Nigeria, Mrs. Okwor said there have been no free and fair or credible elections in the country. ‘’The situation gets worse with every election.

‘’In the first place, the Constitution under which elections are held is a fraud. Far from being the People’s Constitution in a simple sense of democracy, we have faced these mistakes since the inception of the presidential system of governance in Nigeria’’, she says.