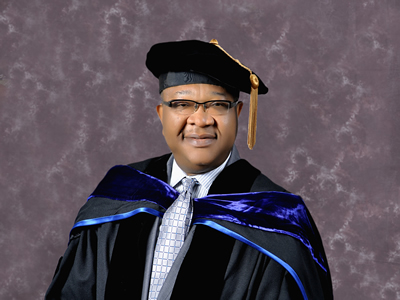 Former Economic Adviser to President Olusegun Obasanjo, Prof. Osita Ogbu, is currently heading a 50-man economic team to transform Eastern Nigeria into another Catalonia in Spain and Bayern in Germany.

While Ogbu a renowned economist and development expert, his panel has as its Secretary, Anyim Ude.

Governors of Eastern Nigeria, in conjunction with Ohanaeze Ndigbo, agreed to set up the Ogbu panel as a driving force for the development of Igbo land, tagged Alaigbo Stabilisation Fund.

The Fund is intended to develop Igbo land to the status of Catalonia in Spain and Bayern in Germany.

As wealth from the industrial expansion grew, it saw a cultural renaissance coupled with incipient nationalism. With the establishment of the Second Spanish Republic (1931–1939), the Generalitat was restored as a Catalan autonomous government.

After the Spanish Civil War, the Francoist dictatorship enacted repressive measures, abolishing Catalan self-government and banning the official use of the Catalan language.

After a period of autarky, from the late 1950s through to the 1970s Catalonia saw rapid economic growth, drawing many workers from across Spain, making Barcelona one of Europe’s largest industrial metropolitan areas and turning Catalonia into a major tourist destination.

Since the Spanish transition to democracy (1975–1982), Catalonia has regained self-government and is now one of the most economically dynamic communities of Spain. In the 2010s there has been growing support for Catalan independence just like the agitation for Biafra is raging among Igbo youths.

On the other hand, Bayern has the second-largest economy among the German states by GDP figures, giving it a status as a rather wealthy German region.

Like the area of Ndigbo, Bayern is a landlocked state of Germany, occupying its southeastern corner. With an area of 70,550.19 square kilometres (27,239.58 sq mi), it is the largest German state by land area comprising roughly a fifth of the total land area of Germany.

With 13 million inhabitants, Bayern is Germany’s second-most-populous state after North Rhine-Westphalia. Its main cities are Munich (its capital and largest city and also the third largest city in Germany, Nurenberg, and Augsburg.

However, towards the objective of the Fund, a 50-man steering committee made up of experts and professionals in banking, finance, and development economics drawn from the Diaspora and all the five states of Eastern Nigeria- Abia, Anambra, Ebonyi, Enugu, and Imo- have been set up to draft the basis of Alaigbo Stabilisation Fund and its governance protocol.

President-General of Ohanaeze Ndigbo, John Nnia Nwodo, says the Stabilisation Fund will involve all Igbo sons and daughters at home and in the Diaspora, adding that any contribution by anybody will be an investment from which he will be receiving dividends.

Continuing, Nwodo says the Fund will drive investment in Eastern Nigeria such that every Igbo investor or entrepreneur will want to take advantage of the incentives it will provide.

Members of the Ogbu panel, according to him, were carefully chosen based on their individual learning, competence and exposure.

These facts were, however, made known by Nwodo’s Special Adviser on Media and Publicity, Emeka Attamah.