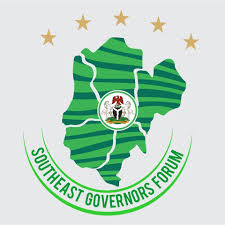 South-East Governors Forum reiterated their commitment to secure the lives of Ndigbo in the region.

The assurance which is contained in a press release signed by Mike Udah, Director, Media and Communication, South-East Governors’ Forum Secretariat, is in response to a publication allegedly made by Igbo Union on Daily Sun recently.

In the said publication, Igbo Union, an organization of citizens and residents of Igbo extraction registered in the State of California, United States of America accused Southeast governors of ‘insensitivity to the threat and terrorization of Igbos by suspected Fulani herdsmen roaming (Igbo) villages with their cattle and Ak-47 rifles.’

However, in response, the Southeast Governors Forum disclosed that a regional security outfit was in the pipeline and that on the interim, individual states have security outfits, such as Forest Guards in Enugu, Neighbourhood watch in Ebonyi and Anambra Vigilante Group (AVG) in Anambra.

“This made the Police boss to quickly convene a meeting with the governors where both parties amicably resolved their grievances and agreed to work together for the good of the South East region and Nigeria,” the statement read in part.
The forum stressed that it was also in dialogue with the federal government and other stakeholders in security matters in the country to ensure that no southeasterner was shortchanged in the country.

The Southeast Governors Forum further noted that security matters are delicate matters and that some security questions are better answered in private.

The statement concluded thus; “The South-East Governors’ Forum is pained each time Ndigbo are killed, raped, manhandled or appear to have been short-changed.

“One can re-assure South Easterners that our governors constantly engage appropriate Ministries, Agencies and Departments intending to ensure that the Igbo man is not deliberately shortchanged in the Nigerian Federation.

“In doing this, they adopt due process and observe all necessary protocols. They are as Igbo as any other Igbo anywhere in the world. However, it is important to note that security matters are delicate matters, and should be treated as such. Not all security questions are answered publicly.”