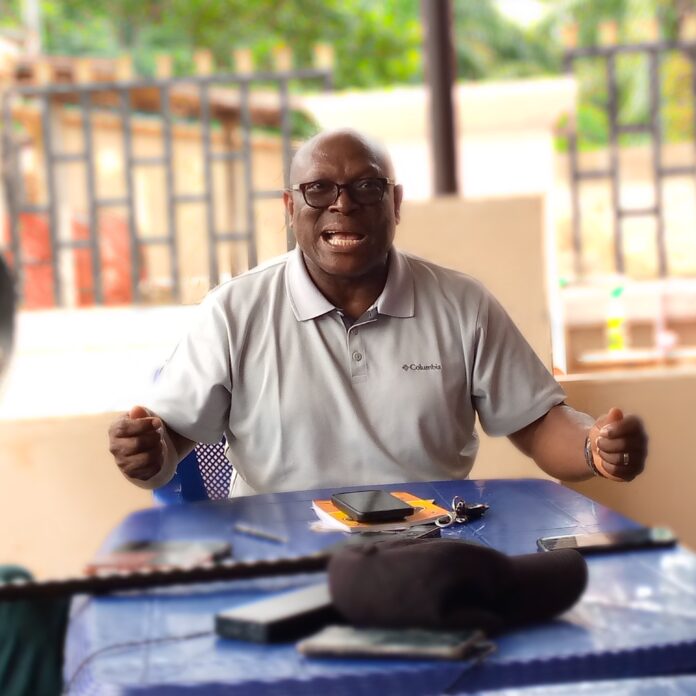 A Prince of Ifitedunu Community, in Dunukofia LGA of Anambra State, Engr Chudi Obinabo has denied allegations of oppression and malicious damage levelled against him by a 60- year old widow, Agnes Muoneke and her son, Ifeanyi.
The widow and her son,  who are from Igbuala village Ifitedunu, had accused Prince Obinabo of demolishing the family’s house and other farmlands when they refused to sell the land to him.
The widow also alleged that the prince connived with the Police to unlawfully arrest and detain her son for over two weeks on trumped up charges.
But in an exclusive chat with TNC correspondent, Prince Obinabo revealed that he does not have anything to do with the said Ifeanyi.
According to him, at no point had he approached the Muoneke family to purchase their land, neither did he demolish their buildings and farmlands.
“On the 30th of July, I came back to my house in the village to discover that most of my things were missing. I did not see any evidence of forceful entry into the house and I had only given the keys to the house to my cousin, one Linus Udenka Nweke.
“When I couldn’t find my things, I accosted my cousin who denied ever collecting anything from my house. He later came and said that they have found some of my missing items in Ifeanyi Muoneke’s house and I also heard that he (Ifeanyi), and Linus Udenka Nweke’s two sons were also detained by the Police. I never arrested or detained Ifeanyi,” he maintained.
Obinabo revealed that on the 23rd of August, he was summoned by stakeholders and pleaded with, to withdraw the case from police but he explained that he does not have a hand in the matter ab initio.
He, however, said he spoke with the police to plead with them to release the detained persons, only for him to start hearing all manner of demeaning things about his person.
“I don’t know what I have done to warrant this kind of attack. I strongly believe that this is attack is politically motivated. I can’t remember having any direct interaction with the said muoneke. In my compound, I created a space where youths come to play football. I have invested heavily in uplifting the standards of living of my people. This Linus that stole my items, I pay for his son’s school fees in the University. What have I done wrong to warrant this,” Obinabo regretted.
He denied demolishing the widow’s houses, stressing that he has no need for the small parcel if land in question as there are very clear boundaries between his compound and those of his accusers.