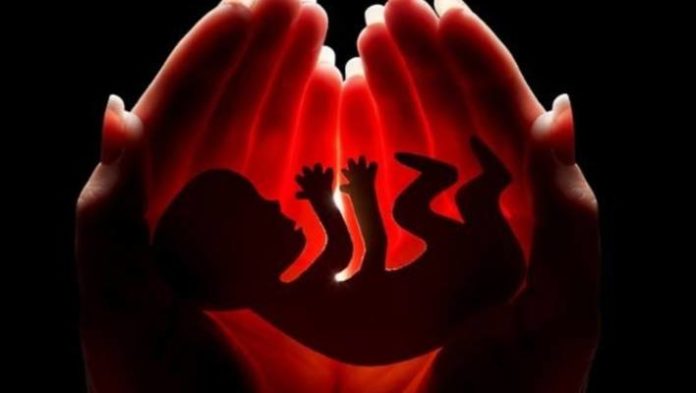 If only she had said no (loud and repeatedly!)

If only she had insisted (and resisted!)

If only they used protection

If only she did not get pregnant

If only she knew who

If only she knew where

If it wasn’t so difficult

But you are, so come on this journey!

Far too many girls have died and are dying during attempts to get an abortion. Hopefully, we will be able to prevent some more deaths after you have read this article.

Okay, let us take it from Cameroon. A man, an abortionist would put the girls on a table; legs wide open. He would then insert his own penis into the girls’ private part saying, ‘It’s to dilate the cervix (womb) for the operation’. In effect, he would have sex with the patient before the operation. In this way, he could easily have unprotected sex with 3 or 4 girls daily, passing on infection (you name it!) to each and every one.

Okay, let us return home to Nigeria. Similar story reported that a consultant gynecologist in Utako, Federal Capital Territory, FCT, Abuja has been arrested for drugging and raping some of his female patients in Abuja. This is a qualified medical practitioner in the FCT!

Further east, in the backwaters of Aba is a quack that also specializes in illegal abortions. His wife was the public relations agent in the chemist: getting pregnant girls for the business. So, you cannot even trust a fellow woman!

Anyway, this chap would, without anesthesia, insert whatever into the private parts of the girls to induce abortion. Many have had severe infections, had their wombs perforated and their intestines coming out through the vagina. Quite a few have had major surgery to fix the problem. Some are now infertile, unable to have children in the future. Many have died including a young undergraduate from the University of Lagos!

So long as you have decided to become sexually active, you need to take responsibility for your body and your actions. The first step is of course finding a responsible man! Tough, I know!

A real man will take steps to protect both of you from harm, from infection and from an unwanted pregnancy. A real man will discuss the issues with you openly and you both can come to an understanding. However, you also need to be informed and educated about sex and sexuality. Lose your heart but do not lose your head as you fall in love!

Here is where this article is useful.

You need to be real smart and take special precautions to prevent pregnancy. Pregnancy prevention is pretty easy so long as you keep focus and make serious effort not to get carried away. That is the real issue of course, getting carried away in the heat of the moment. But, preparedness by having either the male or female condom available is important.

Being on a contraceptive is perhaps also a good idea. There are dozens of these types of drugs available on the market. Do not just buy it off the counter but ask your general practitioner for the best one for you. You can get it from the general practice, your local primary health care centre and most sexual health clinics in any hospital. Trust your doctor to help monitor you on the drug as they all have their little side effects to be aware of. Some cause a heavier menstrual period than usual. But, once you have the drug that is suitable for you, perfect. Life’s good!

So many misconceptions and myths exist in the act of love making. Some men would say sex is not as sweet using a condom but this is not true. Another man will say, ‘I don’t need a condom – I’m healthy’. Bollocks! It doesn’t matter how healthy and fit you are: if you have unprotected sex, you’re at risk of catching a sexually transmitted infection (STI) and dealing with an unwanted pregnancy.

The truth is that you cannot tell whether someone’s got an infection just by looking at them. You or your partner may not realize that you have an STI because many people have no noticeable symptoms. Just because you can’t see any obvious symptoms, such as discharge, pain, sores or warts, it doesn’t mean you’re free from STIs.

Be strong and say, NO! Don’t be put in a compromising position of being forced into having sex when you are not prepared. Your response to this should be: ‘If you can’t be bothered to use a condom, then I can’t be bothered to have sex with you’. Just because you are in his house at midnight with nowhere to go is no excuse! Say No, repeatedly and mean it. Tell him it is rape if he forces you to have unprotected sex when you do not want to. Even if he promises marriage!

Abortion is illegal in Nigeria and this is what fuels the illegal backwater chemists and clinics. But, you can procure a legal abortion by talking to your doctor. For instance, the law allows you to have an abortion if carrying a pregnancy will risk your life. It is also legal to have an abortion if you are bleeding heavily, having severe abdominal pain, following rape and in cases of poor mental health.

Some people take herbal concoctions, poisons and sometimes tablets bought off the chemist to cause a miscarriage. However, this can be dangerous if care is not taken. The drugs Mifepristone and Misoprostol are the common drugs used but clinical supervision is required. They should actually not be sold without a doctors’ prescription. Our pharmacists should certainly not be selling this drug to young girls. Moreover, they work best and safest only until the 12th week of pregnancy.

Hope you have learnt something today?

Please pass on the information and save a life!