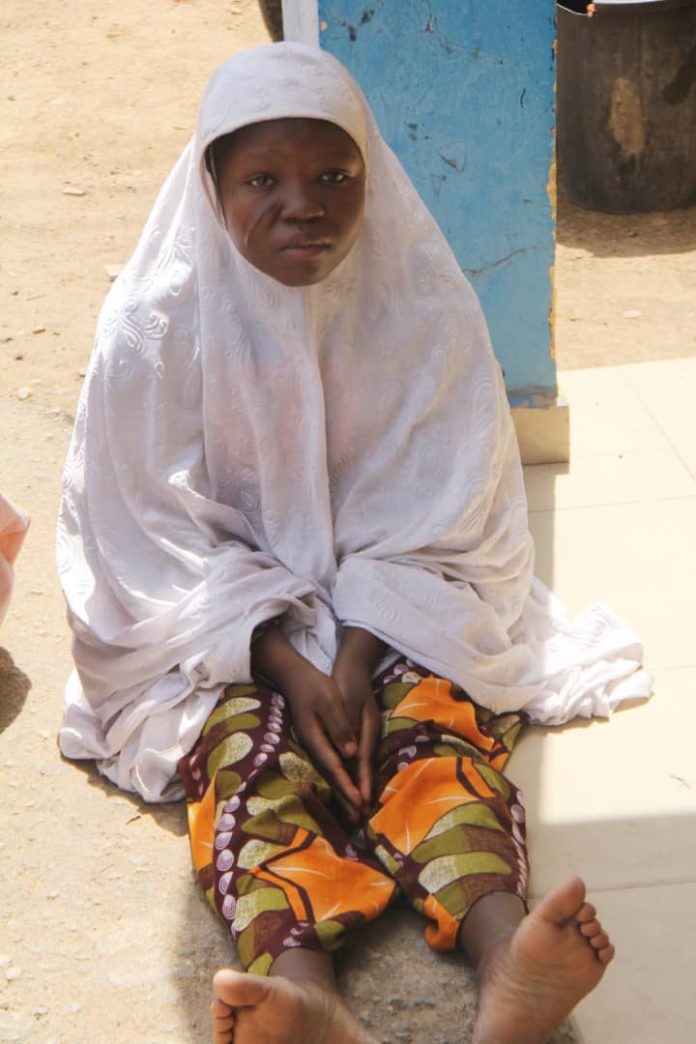 The police in Bauchi State have arrested an 18-year-old housewife, Salman Hassan, for allegedly stabbing her husband to death in Itas-Gadau Local Government Area of the state.

The State Police Public Relation Officer, DSP Mohammed Ahmed Wakili disclosed this to newsmen on Thursday while parading the suspect at the Police Headquarters in Bauchi.

He said that one Haruna Musa of Itas-Gadua reported the incident to the Itas-Gadau Police Division.

“On the 24th of April,2020, we received a report that one Salma Hassan of Itas-Gadau Local Government, allegedly stabbed her husband, Mohammed Mustapha, with a knife to death,” he said.

The Police Spokesman said that the victim sustained serious injury and was rushed to the General Hospital Itas-Gadau for treatment where he was certified dead.

In her confession at the police Headquarters, the suspect said that she stabbed her husband because he wanted to have carnal knowledge of her which she objected to.

“I did not really mean to kill my husband, it was an accident. I stabbed him on the chest because he wanted to have carnal knowledge of me. I felt sex was a bad thing, so I objected to his advances. When he refused to stop, I got angry and stabbed him with a knife,” she said.