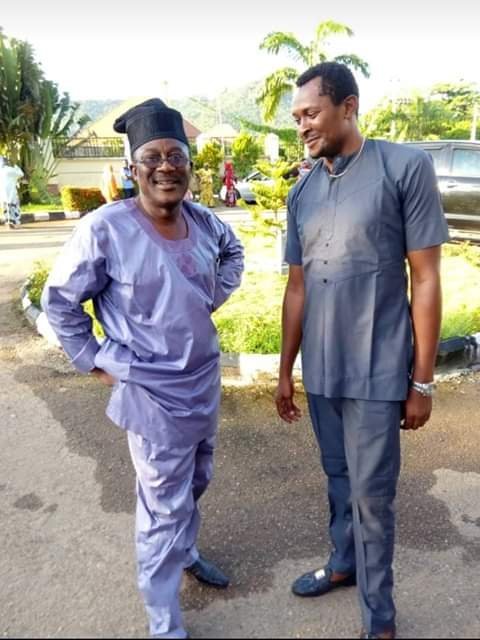 A Lokoja-based businessman and chieftain of All Progressives Congress (APC), Hon. Jimoh Fancy Tiamiyu, has described the recent victory of Senator Smart Adeyemi at the Appeal Court as a welcome development.

The Abuja Division of the Court of Appeal had during the week affirmed APC’s Adeyemi, as the validly elected Senator for Kogi West Senatorial District.

The appellate court, in a unanimous decision by a three-man panel of Justices, dismissed as lacking in merit, the appeal lodged by Senator Dino Melaye of the Peoples Democratic Party, PDP, to challenge Adeyemi’s victory in the November 16, 2019, Kogi West senatorial election.

According to Tiamiyu, the Director-General, Senator Smart Adeyemi Campaign Council, the Appeal Court ruling in favour of Senator Adeyemi, is as a true reflection of the mandate overwhelmingly given to the lawmaker by the people of the senatorial district.

In a congratulatory message, Tiamiyu said: “We see the judgement of the Appeal Court as a true reflection of the overwhelming wishes of Kogi West people, freely expressed in the November 19, 2019, senatorial election. The party (APC) believes that the latest judgement from the Appeal Court will put an end to all the side distractions as the Distinguished Senator can now remain focused in his determination to offer valuable representation to the good people of Kogi West.

“We wish to express our profound appreciation to the people of Kogi West, not only for the given mandate but also for the support they have continued to give to the Governor Yahaya Bello’s-led administration. Same goes for the mass media. This unconditional support, we assure, will not be taken for granted.

“In line with his campaign promise, Senator Adeyemi has been representing the people well and we have no doubt that he will continue to do the same. We are therefore calling on all those who genuinely desire the peace and progress of our dear Senatorial District to, regardless of party affiliations, join hands with our Senator, the man that believes in politics without bitterness.”