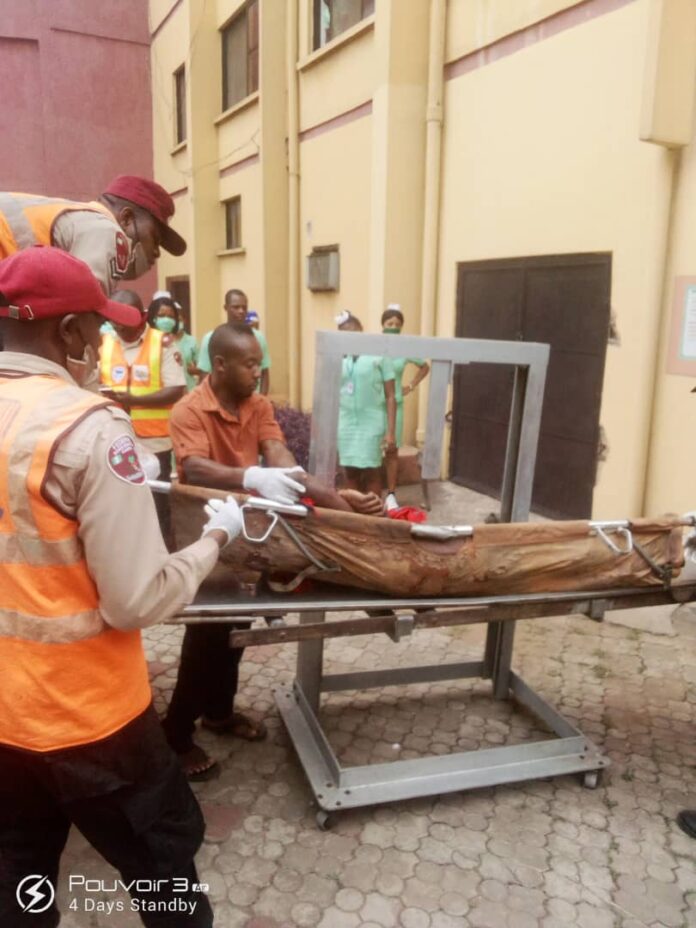 Awka – A middle-aged woman has died following serious injuries sustained when she was knocked down by a hit and run driver on Tuesday at Onitsha.

The incident occurred at about 9:20am today opposite Toronto Hospital, along Awka-Onitsha expressway.

An eye witness said the vehicle whose number was not captured, had sped off immediately it knocked down the victim.

“The vehicle was on top speed and fled after knocking down the victim. We could not identify the vehicle because everything happened in a flash,” the source told TNC correspondent.

Confirming the accident, the Acting Public Education Officer of the Federal Road Safety Corps in Anambra State, Kamal Musa, said the victim who died on the spot was rushed to Toronto hospital Onitsha, by FRSC rescue team from Upper Iweka Outpost and deposited at the Mogue after the doctor’s confirmation of her death.

“The Anambra FRSC Sector Commander, Andrew Kumapayi sends his condolences to the deceased family and admonishes pedestrians to always make use of pedestrian bridges where available and observe Traffic drills before crossing the road. More so, he warns motorists to adhere strictly to speed limits stipulated by law in built-up areas, drive safe and Stay Safe this Ember Months,” Musa said.