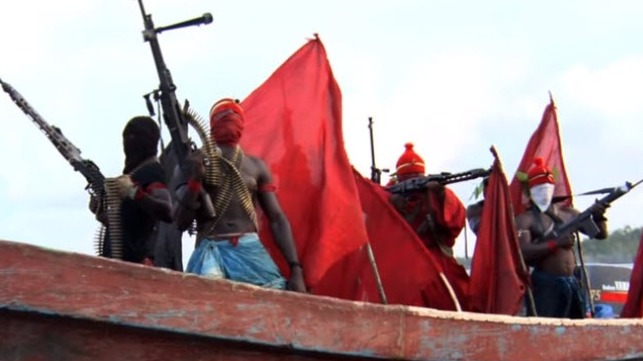 No fewer than 14 crew of a Liberian flagged Heavy Load Carrier, ZHEN HUA 7, have been abducted.

Dryad Global reports that the vessel was understood to have a crew of 27 personnel. The vessel is inbound Sao Tome escorted by the Italian Naval vessel Frederico Martiningo.

The abducted 14 crew are all Chinese nationals. This incident is the 8th offshore incident within the Gulf of Guinea within nine days.

With the confirmation of the latest kidnapping, there is a potential that the rate of incidents will decline in the short term.

However, whilst it is not confirmed that the activity over the past nine days was perpetuated by a single PAG the risk profile for all vessels operating within the region has remains at CRITICAL, with attacks assessed as highly likely / expected daily.

This incident is the 21st kidnapping within the Gulf of Guinea within 2020 and the total number of crews kidnapped from vessels throughout the area in 2020 is 110.

In its risk profile, Dryad Global says all vessels operating within the area are encouraged to operate at the highest levels of vigilance and deploy full hardening/mitigation measures where possible.

‘’The risk profile for the wider Gulf of Guinea region at this time is CRITICAL, with attacks assessed as highly likely/expected daily’’, it adds.

According to Dryad Global, an independent company that works hard to retain its impartiality of analysis, the largest security threat to seafarers is found in West Africa’s Gulf of Guinea. Endemic economic insecurity, and poor security infrastructure, creates a fertile environment for maritime crime, where kidnapping incidents are highest.

‘’Linear analysis leaves many companies under the false impression that the Gulf of Guinea is a prohibitive environment for trade. Despite this, trade remains possible and commercial opportunity exists provided decisions are taken on the basis of accurate and timely risk analysis.

CSOs must remain fully informed on the ever-evolving security picture and their options’’, it says.