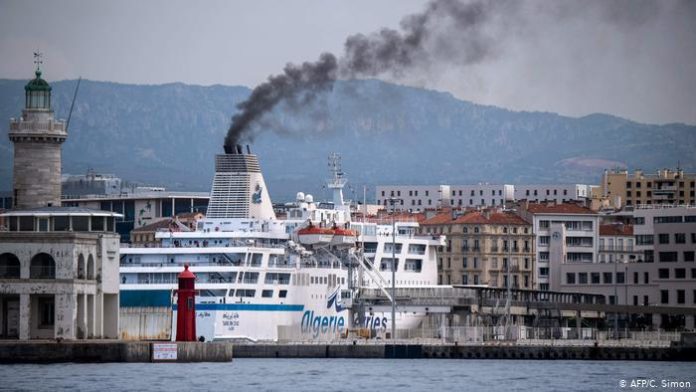 The low-sulphur regime of the International Maritime Organisation (IMO) which kicked in on January 1, is said to be just the first chapter of what is projected by analysts to be a decade-long saga over how best to limit the shipping industry’s greenhouse gas emissions.

The IMO 2020 commitment to a 0.5% sulfur limit for marine fuels is coming some 11 years after, and three years after it confirmed the 2020 start date.

According to a Platts report, the majority of the shipping industry has plumped for taking whatever 0.5% sulfur fuel blends the world’s bunker producers and suppliers can come up with, rather than installing emissions-cleaning scrubber equipment or shifting to alternative fuels like Liquefied Natural Gas (LNG).

The report says they now facing a raft of potential quality issues in the coming year as the industry discovers which of the new blends can safely be brought into contact with which others without causing engine damage.

Platts quoted Douglas Raitt, a regional consultancy manager at bunker fuel analysis and advisory service firm Lloyd’s Register FOBAS  as saying, “In the 1990s, marine fuel was just a straightforward product really. It was blended to meet viscosity requirements…fast forward and it is no longer about viscosity, it is about sulfur and when you start blending for sulfur, basically the viscosity and a whole host of other parameters become collateral damage”

In general, the wealthiest and most organised shipowners will fare best with the new fuels. Those who are able to pay a premium for fuels with a global compatibility guarantee, and those able to plan their ships’ schedules weeks or months in advance and arrange the availability of the right fuels accordingly, will largely be able to avoid problems.

Conversely, shipowners seeking to minimize costs, ships on the spot market or ‘tramp trade’ with little control over their ports of call will bear the brunt of the disruption caused as the industry experiments with the new bunkers.

The rise in fuel bills will be pronounced, but manageable.

At Rotterdam in October and November, delivered 0.5% sulfur bunker prices were 13.5% higher on average than HSFO prices in the same period a year earlier — not big enough to prove an insurmountable challenge to the industry as a whole, especially with crude prices looking unlikely to return to their previous highs in the near term.At the end of 2019, 0.5% sulfur prices at Rotterdam have been hovering around $500/mt, and shipping companies have been used to paying in the $600s/mt for HSFO as recently as 2013.

That said, the need for the bunker industry to access and extend more credit to the shipping industry to cover the increased fuel costs is likely to cause some disruption at the start of the year. That may be enough to drive some consolidation of smaller companies in both industries.

The smaller group of shipowners that installed scrubbers to comply with the sulfur cap — estimated by S&P Global Platts Analytics at about 2,400 ships out of a global fleet of 80,000 — can expect to see a good return on their investment as they are able to continue buying increasingly cheap fuel oil.

Rotterdam HSFO prices have dropped from as high as $440/mt in April to $223/mt by the end of November and could slip further as the biggest market for the fuel gradually disappears.

With a wide price spread between HSFO and 0.5% sulfur fuels, it will not take long for shipowners to earn back the scrubber installation cost of a few million dollars per ship.

But they will have a limited window in which to do so: talk about technical problems with some of the cheaper models abound, and more port authorities are likely to consider bans on the use of open-loop models that discharge polluted water back into the sea.

Over the longer term, the discount to 0.5% sulfur fuels will likely narrow as refiners continue to bear down on their HSFO production levels.

By all accounts, the 300 million mt/year bunker market bunker industry expects the worst of the IMO 2020 disruption to be over by the second half of next year.

But once the initial market impact ebbs, a new protracted battle over which clean marine fuels become dominant over the long term is likely to begin.

Managing Director for Intertanko, Kathi Stenzel,  said “there is no single solution for alternative fuels”, at a Lloyd’s List event in December, adding, “batteries and fuel cells might be the answer for the ferry sector and shortsea shipping. LNG right now is [a solution for tankers] but it’s probably not getting us close to where we want to be [on carbon emission reductions].”

LNG is in pole position among the alternative fuels, with around 150 ships already on the water using it. Some oil majors, including Shell, are already pouring significant funds into developing delivery infrastructure and lobbying in its favor.

The current low gas price is also making it look attractive. Fossil LNG alone will struggle to deliver big enough GHG savings to comply with the 2050 target. As a result, bio-LNG, derived from biomass, is being blended with it and may be viable if supplies become widely available by the end of the 2020s.

Methanol could also be a cheaper option. As well as being easier for crews to handle, ships could be retrofitted to use it rather than new vessels needing to be ordered. But to reach the 2050 target, synthetic methanol derived from biomass or hydrogen and carbon dioxide will need to be made available in significant quantities.

Ammonia and hydrogen are also widely talked of as possible contenders. Both would largely solve the emissions problem, but would be more difficult to handle and would require more space on board than conventional fuels.

All of these options are expensive and require large quantities of either renewable power or arable land for biomass to be made available, at a time when other industries going through the energy transition will also be competing for both.

So while 2050 may seem like a distant target, the life cycles of the shipping industry bring it much closer. With an average life of around 25 years for a commercial ship, zero-GHG models would need to start entering the market by end of the next decade.