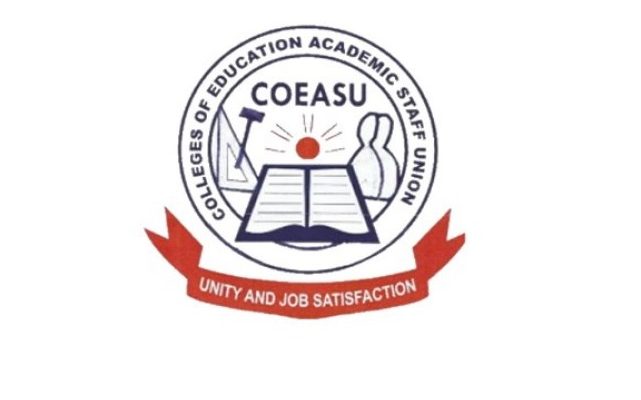 The Colleges of Education Academic Staff Union (COEASU), has called on the Federal Government (FG) to take immediate step towards acceding to the various demands of the union, based on the understanding and agreement reached before the suspension of its industrial action, which lasted for over two months in December 2018.

COEASU made the call in a communiqué issued at the end of the Expanded National Executive Council (ENEC) meeting of the union held on 10th and 11th of September, 2019 in Akoka, Lagos.

The Union, in the communiqué, jointly signed by the President, Nuhu Ogirima and General Secretary,  Taiwo Olayanju, warned that only an urgent attention by FG to the lingering contentious issues, would forestall disruption of academic activities in the Colleges of Education across the country.

Decrying the disposition of the Federal Ministry of Education (FME) and the National Commission for Colleges of Education (NCCE) towards the desired effective resolution of all the protracted issues, COEASU said: “Following the re-appointment of Malam Adamu Adamu, as Minister of Education, the Union expects a meaningful rejigging of the system to ensure the resolution of all lingering issues in contention and that FME would address the manifest marginalization of the COE system in the governance of tertiary education sub-sector.

“While our expectations subsist, Council charges FME and the NCCE to take the issues of the colleges seriously to avert any possible disruption in the COE calendar in the pursuit of the following lingering issues mentioned in several of our correspondences: (a) Presidential assent to the reviewed Establishment Laws of FCEs and NCCE as passed by the National Assembly; (b) executive approval of Dual Mode (NCE and Degree) for Colleges of Education; to check attrition of subscription to teacher education by both students and lecturers; (c) the non-release of the fifteen billion naira (N15bn) palliative funds pledged by the FGN to revitalize the public COEs; (d) the non-payment of the sum of about two billion five hundred million naira (N2.5bn) Peculiar Earned Academic Allowances (PEAA); and (e) review of the policy of out-sourced services and its implication on security in the institutions.”

COEASU expressed dissatisfaction over the attempt to impose the application of the Integrated Payroll Personnel Information System (IPPIS) on colleges of education, considering the peculiarities of tertiary institutions.

It said: “For the records, it is instructive to note that Council reiterated her dismay over the prolonged surreptitious plan to impose an incongruous and defective payment platform on the colleges of education system. Council also decried the ubiquitous discrimination against COEs as regrettably manifest in the manner by which the Office of the Accountant-General of the Federation (OAGF) has handled the issue of IPPIS… Recently, the OAGF constituted Technical Committees on the issue of mutually acceptable implementation of IPPIS for sister institutions (the federal universities and polytechnics) without doing same for the colleges of education.”

The academic body reaffirmed its non-aversion to policies of FG to check perceived indications of corruption and leakages towards more cost-effective payroll management system, it however, insist that “such should take cognizance of peculiarities to avoid the entrenchment of questionable payment regime that could shortchange our members irredeemably.”

According to the union, “Fundamental questions abound relating to salary manipulation, domestication of sabbatical leave, non-recognition of peculiar allowances and 65years retirement age, contract staff and visiting lecturers, tenured appointments, payment of promotion arrears, the disciplinary prerogatives of the Chief Accounting Officer of the institution and the general security of the system. Juxtaposed with the difficulty in tackling the menace of cyber infiltration by the global ICT criminal world – a challenge which has become seemingly intractable even in technologically advanced nations – the imposition of IPPIS cannot be a solution. Furthermore, the over-centralization of personnel payroll, as represented by IPPIS, contradicts global best practices in the fiscal management of tertiary institutions, given their operational intricacies.

Consequently, a fiscal practice that may be adjudged suitable for the core civil service could be antithetical for the tertiary education sub-sector given their diametrical differences in all ramifications.”

COEASU condemned “the refusal of FME to direct the enrolment of teachers of Demonstration Schools on the payroll of the institutions as done in the case of a sister tertiary institution with similar policy.” It also observed “as utterly unacceptable, the persistent poor handling of staff welfare related issues in most State Colleges of Education in the country. The pathetic situation is evident in the introduction of promotion criteria extraneous to the extant provisions of the conditions of service.”

The union of lecturers in colleges of education “critically assessed the security challenges besetting Nigerians within and outside the country”, noting that “While the internal security challenges may be receiving appropriate attention, the recent surge in the rate of criminal activities presupposes that a change in strategy may be required for effective crime control.”

The communiqué further indicates that COEASU “considered as unwarranted and condemnable the Afrophobic (xenophobic) attacks that have bedeviled the Republic of South Africa in recent time.” It added that, “although homicide, wherever it is perpetuated, remains condemnable, for a nation that owes the achievement of her sovereignty to the magnanimity of other spirited nations especially African nations led by Nigeria, the current situation tends to question the very morale that has been instilled in the struggle for a nation state. Council, therefore, implored Nigerians and other nationals in South Africa and those in their respective home countries to avoid violent reprisals as ongoing international conversations hold promises of stopping the crisis and ensuring compensation for the victims.” 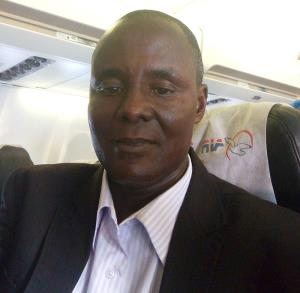