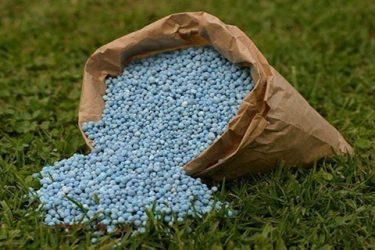 Despite the ongoing efforts of Bauchi state government to support its agricultural revolution for a sustainable economy, certain unscrupulous staff charged with the responsibility of distributing the assorted fertilizers procured by the government to support the effort of farmers, are diverting the commodity to the black market with the connivance of some heartless traders.

An investigation by this medium shows that the governor had directed that cost of each bag of fertilizer should not exceed N5000.00 as it controlled price that includes subsidy but despite that directive, the staff of the agency charged with that responsibility, have diverted the commodity to their fronts at the black market with a cost price of N8,500 – N10,000 per bag.

A check at Bauchi State Agricultural Supply Company (BASAC) that is in charge of the distribution shows that needy farmers that troop to the agency for allocation and subsequent payment for collection are frustrated and denied access to the commodity even with the allocation.

Sa’idu Umar, one of the affected farmers who narrated his ordeal in the hands of the corrupt BASAC staff, revealed that the effort of Governor Bala Muhammed is under serious threat by those corrupt officials that are mandated to distribute fertilizers.

“It was after over 2-weeks struggle that I got an allocation of 10 bags of fertilizers (5 bags of Urea and 5 bags of NPK) for use on my farm. I had been to the store for collection severally without success. In all my visits, the store was locked. I was told that it is only in the midnight that the storekeeper and some criminally-minded staff open the store for delivery of the commodity to their black-market fronts.

“The governor is not aware of the ongoing frustration to farmers by those charged with the responsibility of distribution. Let the governor pay a surprise visit to BASAC and see things for himself to understand the situation for an immediate solution as the rainy season has gone far”.

Abigail Zakka, another frustrated farmer said: “Those fraudulent staff of BASAC charged with the responsibility of distributing fertilizers, are determined to frustrate the laudable objectives of the State Governor. They are heartless and greedy. The governor has laboured to provide the fertilizers but they are all out to thwart his efforts for a bumper harvest. In the absence of the government-subsidized fertilizers that we are denied by corrupt officials, we are forced to patronize their fronts in the black markets for our requirements”.

Tanko Ali of Miri village had a different story to tell. “I have lost hope of farming with government-subsidized fertilizers because we are told that only PDP members can access the fertilizers. We voted for Governor Bala as members of opposition Peoples Redemption Party (PRP) but we are today denied fertilizers supplied by the same governor we voted.

Those government officials trying to blackmail the governor should better stop or we expose their scandals”.