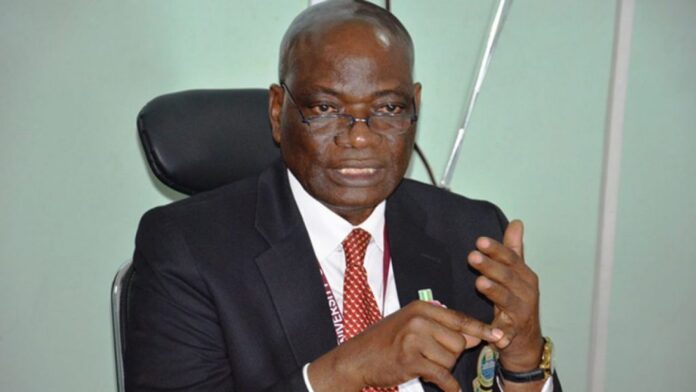 The Vice-Chancellor of the University of Lagos (UNILAG), Professor Olawatoyin Ogundipe, has been sacked by the governing council of the institution.

His removal was announced during the meeting of the Governing Council of the institution which was presided over by its Pro-Chancellor and Chairman of Council, Dr. Wale Babalakin (SAN) at the National Universities Commission (NUC) building in Abuja on Wednesday.

A statement released by the council said Ogundipe was removed due to his gross misconduct, financial recklessness and abuse of office.

“The general public is hereby notified that at an emergency meeting held on Wednesday 12 August 2020 and in accordance with the statutory power vested in it by law, the Governing Council of the University of Lagos removed Prof. Oluwatoyin T. Ogundipe, FAS from office as Vice-Chancellor of the University with immediate effect.

“The decision was based on the Council’s investigation of serious acts of wrongdoing, gross misconduct, financial recklessness, and abuse of office against Professor Oluwatoyin T. Ogundipe.” the statement read.

Also, the Pro-Chancellor is expected to announce a new Vice-Chancellor of the University later.

However, the management of UNILAG has rubbished the public notice on the sack of Prof. Odundipe. The letter dated August 12, 2020, was signed by Oladejo Azeez, UNILAG Registrar.

Azeez is also the secretary to the governing council. He had announced that Ogundipe has been removed from office “with immediate effect.”

Interestingly, Ogundipe signed the rejoinder on behalf of the management.

In a terse statement made available to newsmen, the VC declared that the council’s decision “is untrue and a figment of his imagination.”

Ogundipe advised staff, students, parents, guardians and the general public to “disregard the mischievous disinformation about the sitting Vice-Chancellor of UNILAG, contained in that notice.”

The institution’s management and the council chaired by Wale Babalakin have been at loggerheads.

The situation caused the suspension of the UNILAG 51st convocation ceremony.

This triggered condemnations and left Nigerians wondering why authorities allowed the face-off to degenerate.

They accused him of causing confusion and instigating a crisis in UNILAG.