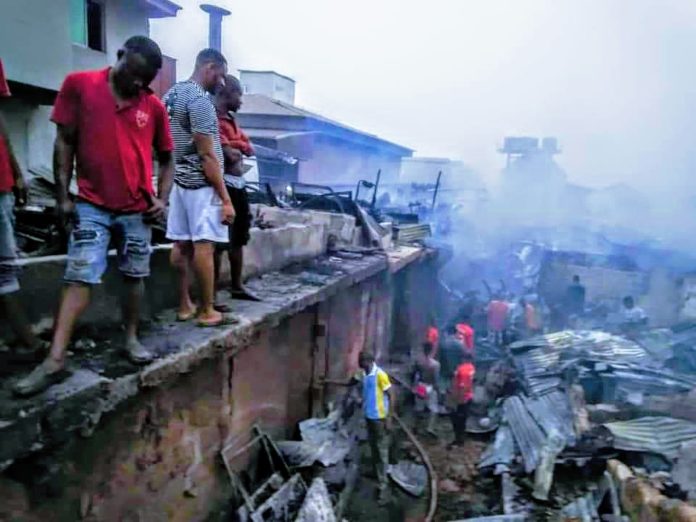 Traders at the Old Automobile Spare Parts Mgbuka, Obosi in Idemili Council Area of Anambra State, are presently counting their losses following a fire that destroyed goods worth hundreds of millions of naira at the market.
The cause of the fire which was said to have started at about 01:30 am, yesterday, and razed down many shops and the contents, is yet unknown.
No death was however recorded as a result of the inferno.
One of the traders whose shops affected who identified himself as Emma said the fire disaster has left him with nothing as he could not get anything out of his shop. 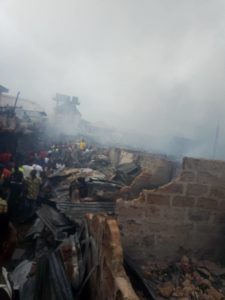 “Where do I start from, what have I done to warrant this? This is a big disaster for me. I want to appeal to anyone who can to please help us. Government should also assist us immediately to rebuild the shops burnt down so that we can see if we can piece our lives back together quick,” Emma appealed.
Although, the Anambra State Fire Service Chief, Martin Agbili had said his men responded quickly to the emergency, parts of the market were still partially on fire as at dawn.
A sympathizer at the market, Ifeanyi Nweke called for the deployment of a fire fighting team with a fire truck at the Mgbuka Market. 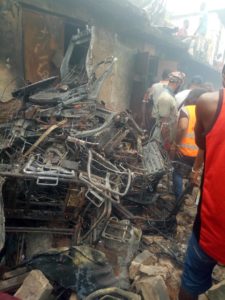 He said, “Fire outbreak in markets in Anambra has been a major challenge in recent times. We have not gotten over last year’s fire disaster at Ochanja Market and now this one. Due to the inflammable nature of goods sold in this market, it is important that a fire truck be deposited here. It will help reduce the level of damage done in the event of fire outbreaks like.” 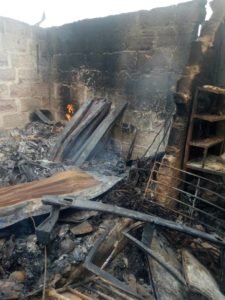 Confirming the incident, the Anambra State Police Public Relations Officer, Haruna Mohammed said men of the Command had promptly arrived the area and cordoned it off to prevent hoodlums from taking advantage of the situation to Loot.
He further said the State Commissioner of Police, John B.Abang has ordered a discreet investigation to ascertain circumstances surrounding the incident.