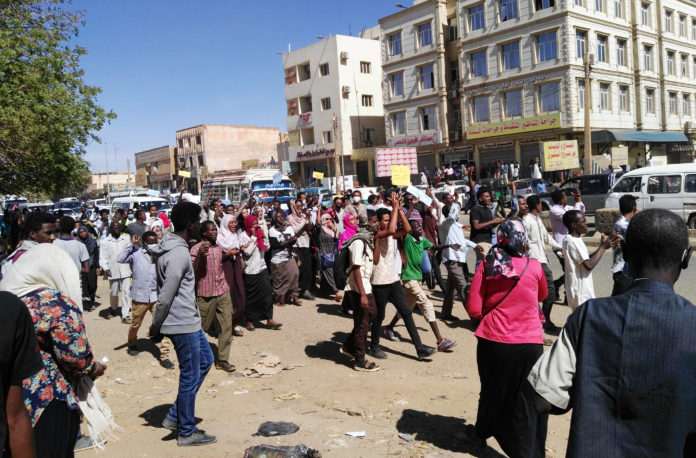 Approximately 40,000 people have been displaced since last December 28, as a result of a series of incidents between Massalit and Arab tribesmen in Sudan. The incidents have also increased inter-communal tensions in and around El Geneina town, the state capital of West Darfur.

According to reports received, at least 54 people have been killed and 60 others injured.

The situation, however, remains calm, and an agreement has been reached between local leaders from Arab and Massalit tribes stabilizing the situation.

Initial assistance was provided by youth groups, national partners, the Zakat Chamber, HAC and the Sudanese Red Crescent Society (SRCS) among others, including tents, jerrycans, blankets, and some key food items such as sugar, tea, and olive oil.

On  January 5 and 6, government officials from the Federal Humanitarian Aid Commission (HAC), the Ministry of Health, and the Ministry of Social Development and Welfare together with the Resident Humanitarian Coordinator and representatives of World Food Programme (WFP) and UNICEF undertook a mission to El Geneina town.

The mission met with government authorities, including the Wali and HAC, the Sultan, Arab leaders, and people affected. Inter-sector coordination meetings are taking place in El Geneina, and an inter-agency assessment and a DTM registration are being planned to identify key needs and responses.

El Geneina hospital is open, with the support of the World Health Organisation (WHO) and health partners. Health clinics will be established in seven IDPs gathering points to respond to health needs. The Ministry of Health and WHO have confirmed they have enough medical stock to support those in need, however, there is a gap for the provision of healthcare for children under five years.

Other partners have confirmed the availability of drugs to support the Ministry of Health. The UN Children’s Agency (UNICEF) has provided El Geneina hospital with malaria kits, and 15 inter-agency emergency health kits (IEHK)—each kit can cover the health needs of 10,000 people for three months.

Water, sanitation, and hygiene (WASH): There is an urgent need for sanitation services—especially latrines—in schools and IDP gathering points which are insufficient to meet the needs of the IDPs. The public water system cannot meet the increasing needs due to the lack of fuel to operate generators needed to operate the water pumps.

In response, UNICEF and partners have provided three water tanks for water trucking and are supporting the distribution of soap and collection of waste from displacement sites. To address sanitation needs UNICEF is supporting the construction of latrines in targeted areas and jerry cans and hygiene dignity kits are en route to El Geneina. Acute watery diarrhoea (AWD) kits have also been delivered.

Food Security: WFP is targeting 18,000 people for general food distributions (GFD) and an additional 4,500 children under five years with food for one month. WFP will coordinate with the International Organisation for Migration (IOM), SRCS and the United Nations High Commissioner for Refugees (UNHCR) to verify primary registration numbers to speed up emergency food distributions to affected IDPs at the gathering points.

To address maternal and child health needs, UNICEF is supporting the health ministry with 700 cartons of ready-to-use therapeutic food (RUTF) and will support with transportation costs to deliver the supplies to where the displaced people are taking refuge.

Protection: UNICEF is supporting the Youth Initiative for Support and Reunification of Children to establish five centers within the 23 displaced assembly points. In these centers, awareness sessions and collection of information on missing children will be carried out.

UNICEF is also working with the State Council for Child Welfare (SCCW) as well as international and national partners to ensure that the safety and wellbeing of the most vulnerable children in El Geneina–mainly newly displaced children and those who are separated or unaccompanied.

The United Nations Population Fund (UNFPA) has sent gender-based violence (GBV) coordinator to El Geneina to ensure that the key needs of women and girls, especially those pregnant, are met. The GBV coordinator will ensure the proper positioning and mainstreaming of GBV throughout the response.