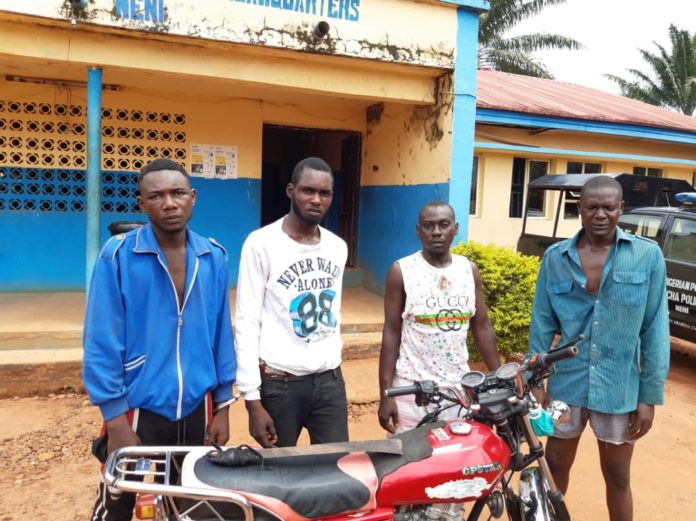 The Police in Anambra says it has arrested four suspected members of a motorcycle snatching syndicate operating along Nri-Neni axis of the state.

The suspects were arrested in a hideout inside the bush at Nri after they allegedly robbing one Nnamdi Ebegbe of his motorcycle and an unspecified amount of money and chopped off part of his right ear with a knife.

Police Spokesperson in the State, Haruna Mohammed said exhibits recovered from the suspects include one Cutlass, the motorcycle and a phone belonging to the victim.

“On the 01/06/2020 at about 1:30pm, following a distress call, Police operatives attached to Neni Division in collaboration with vigilante group arrested four Robbery suspects who specialize in snatching motorcycles along Nri-Neni axis.

He revealed that the case is under investigation after which suspects would be brought to justice, warning motorcycle and Keke riders in the State to be wary of such syndicates in order not to fall victims.