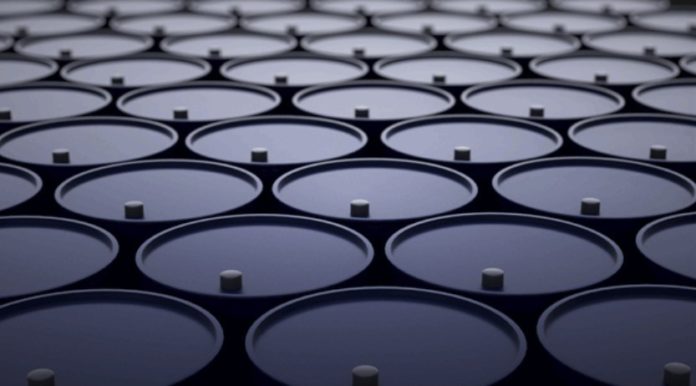 Forbes, a global media company that focuses on business, investment, technology, entrepreneurship, leadership, and lifestyle has said that Iran is likely to hit the underbelly of US economy by sparking higher oil prices..

While the world is watching to see how Iran will retaliate the death of General Qasem Soleimani who was assassinated in a US drone strike, Forbes says high on the list of military responses could be efforts to restrict the flow of oil out of the Persian Gulf. This, according to it, will hit Iran’s adversaries in the pocket, driving the the price of oil higher.

Iran enjoys a strategic advantage because it sits on a natural choke point, the Straits of Hormuz. Aware of this leverage, Iran has repeatedly threatened to close the Straits at times of heightened tension. It could also threaten tanker traffic in the Red Sea, Arabian Sea and the Persian Gulf itself.

Here are the forces Iran could deploy to do this.

Iran has one of the largest submarine fleets in the world, but most are relatively small midget submarines. An estimated 14 Ghadir class submarines, which are based on a North Korean design, are joined by an Iranian-designed Nahang class boat. The subs would likely hide on the surface among the abundant fishing vessels and then submerge to make an attack. Their Jask-2 missiles are small but could stop a tanker and their heavyweight torpedoes would stand a chance of sinking one.

Iran’s Houthi allies in Yemen have used explosive boats to good effect against their Saudi-led adversaries. These can carry a large warhead which they ram into the target. Iran has been mastering this technology for years and has demonstrated similar attacks on mock U.S. Navy aircraft carriers. Both piloted and drone versions are likely to be in the Iranian arsenal. In some versions the pilot escapes on a jet ski at the last moment.

One favored tactic of Iran’s Islamic Revolutionary Guard Corps Navy (IRGC-N) is to use large swarms of small boats. These can be equipped with machine guns and rocket launchers to fire into the superstructure of passing tankers. Their sheer numbers makes countering them more challenging. They can also drop mines directly in ships’ paths.

Iran is widely believed to have been behind the drive-by limpet mine attacks on tankers in the Persian Gulf in May and June last year. These could also be placed by more traditional methods as Iran has several units of special forces divers. They also have an array of underwater ‘chariots’ to transport the frogmen to their targets.

Iran has three Russian-supplied Kilo class submarines and one locally designed Fateh class boat. These are much more capable than the midget submarines and can carry more torpedoes.

The subs could also be employed to sow high-tech minefields in deeper water. Iran has Chinese EM-52 rocket-assisted mines in its arsenal. These sit on the sea floor and propel themselves upwards into the underside of target.

Tankers could face a vast arsenal of different missile types mounted on trucks. Many have their origins in Chinese designs and are roughly analogous to the American Harpoon and French Exocet. Others are smaller, meaning that they have a shorter range and inflict less damage. But any anti-ship missile is bad news for a tanker.

The Iranian Navy has a modest fleet of missile-armed light frigates and missile boats. These could pose a serious threat if left unchecked, but are vulnerable to air attack. This was demonstrated in April 1988 when the U.S. Navy inflicted heavy losses during Operation Preying Mantis. The same weakness holds true over 30 years later.

Iran has demonstrated the capability to seize foreign tankers if their escorts are too far away. This could offer a lower-risk option to the Iranians as it could be portrayed as a policing action. Additionally, casualties are less likely and the crew become hostages.

In a move similar to Russia’s actions in the Sea of Azov in November 2018, Iran could place large ships directly across the international shipping lanes. By themselves these would be relatively easy to clear but as part of a wider action could be more effective.

Large oil tankers sunk in the shallower parts of the straits could pose a collision risk to fully laden super-tankers.

There are other ways Iran could respond to the death of Soleimani. And they could no doubt think of additional ways to restrict or block oil traffic in the region. But these 10 options show the complexity of planning effective counters.