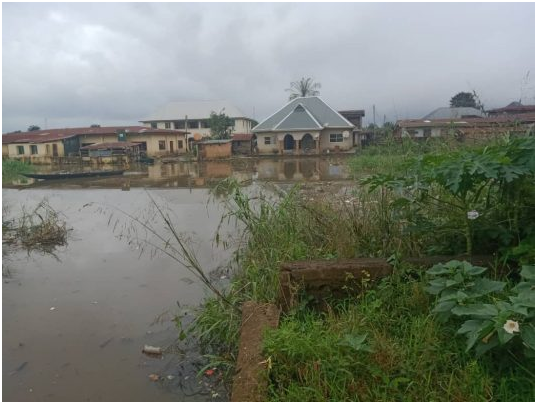 Around 1,000 persons in Ogbaru communities of Anambra State have been rendered homeless, and their farmlands submerged.

Ogbaru Local Government Area of the Eastern Nigeria state comprises of16 communities located on the bank of the River Niger, which makes it prone to flooding. The area is worst hit by flood in the last few months of rain set in.

Ogbaru people and clan are farmers/fisher-people by origin as well as known warriors from its history; They share clan lineage and boundaries with their people in Delta and Rivers states such as Aboh in Delta and Ndoni in Rivers.

Ndoni town across the river on the eastern banks is opposite Aboh town (Ogbaru downstream south, Western bank) in Rivers. The Ogbaru people consider the water of River Niger that runs through their lands as their territorial lands.

Ogbaru-land has Onitsha, a major commercial city in Anambra as its neighbouring hub. During the Nigerian civil war, Ogbaru was a food basket/rest location in Biafra.

However, the Local Government Chairman, Arinze Awogu, who confirmed the flooding incident while lamenting the effect of the destruction in the area, also said the flood submerged many farmlands in the area.

According to him, the displaced families have relocated upland, due to the steady rise in the water level, pointing out that the victims are yet to move into the Displaced Persons Holding Camp.

‘’Crops have either been washed away or got rotten in the affected farmlands’’, the council chair said, and accordingly advised victims to urgently move into the camps rather than wait until the disaster will get worse.

Continuing, he said, ‘’Ogbaru is gradually going underwater. Our farms have been submerged, especially the root crops. At least 1,000 persons are displaced from their homes and some victims have decided to join their relations upland, refusing to go to the holding camps.

‘’We are afraid that by next week, the situation will get worse. You know we are a riverine area, and our occupation is agriculture and fishing.’’

Awogu notes that streams in the area, which emptied into River Niger have started flowing backwards and turning white in colour, describing the situation as “a clear indication that the river level had risen and flowing into the communities”.

‘’Atani, Akili-Ozizor, Odekpe, Ohita communities have all been submerged by flood’’, he said, disclosing that Community Secondary School, Odekpe, the local government secretariat, Atani and St. James Anglican Church, Iyiowa, have been designated as holding camps.

He is appealing to the state and federal governments to take prompt action in alleviating the suffering of the people in the area. 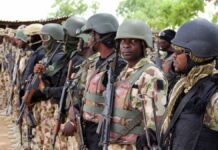 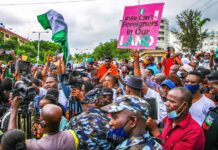