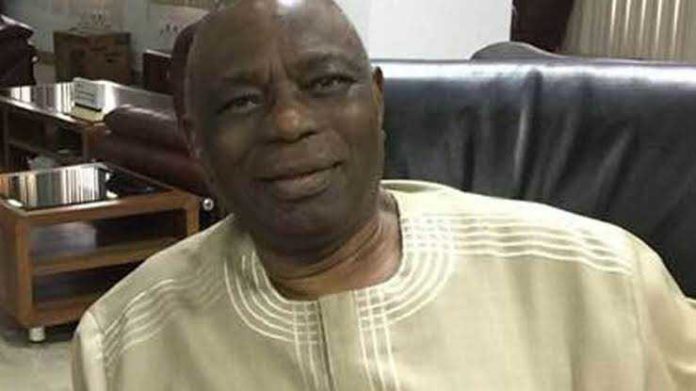 Ajayi, who trained as a medical doctor at the prestigious University College Hospital, UCH, Ibadan, passed on today in Lagos.

Though details of his death is not yet public as at the time of writing this report, the late medical practitioner, who also founded the Africa Future, has been down for some time.

A close source disclosed that the family is planning to put together his burial immediately, especially with the plan by the FG to relax lockdown in Lagos by Monday, May 4.

It would be recalled that late Ajayi, on October 1, 2019, launched a new campaign, under the Africa Future, to create awareness of the need for proper nutrition amongst pregnant women and newborn babies.

Late Ajayi holds a Masters of Science in Cardiology from the National Heart and Lung Institute, (NHLI) Imperial College, University of London.

Imbued with the unshaken belief that he had a mission to contribute to sustaining life’s most precious assets – health and development, he began his medical career at the popular General Hospital, Lagos where he rose to the position of Registrar in only four years.

He later moved to Kemta Hospital & Nursing Home, Lagos, which after leaving as Deputy Medical Director, he had helped develop into a multi-specialist general hospital with three major satellite units in less than four years.

In 1982, he decided to completely throw himself and resources into realising his desire to transform the healthcare landscape into an arena for truly serving its purpose – saving lives.

This led him to establish the First Foundation Medical Centre, a modern, first-grade multi-specialist healthcare institution which for over two decades as a reference point in the provision of excellent medical services in Nigeria.

He has spent his time pioneering Information Technology, Health Reforms and Capacity building in Healthcare. It is also to his credit that Teleradiology was introduced in Nigeria in 2004.

A strong believer in the conscious development of the human mind, he had about 35 years of extensive post qualification academic and intellectual activities in major specialities of medicine. He also holds Diploma in Internal Medicine, from the Royal Postgraduate Medical School, University of London (1997); Diploma in Neurology from the Queens Square Institute of Neurology, University of London (1998); Diploma in Cardiology from the Imperial College, London.