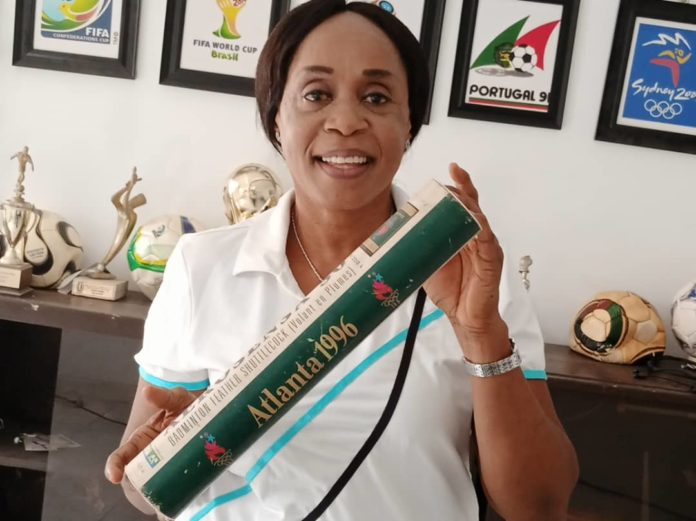 The Sports Writers’ Association of Nigeria, SWAN, has congratulated the Badminton Federation of Nigeria’s President, Francis Orbih, over the 2019 African Women in Badminton award won by a Nigerian, Oby Solaja.

The SWAN President, Comrade Ahmed Aigbona in a statement jointly signed by the Secretary-General of the Association, Comrade Mike Oboh on Tuesday described the award as a reward for commitment, hard work and dedication of Solaja to the Badminton game.

Aigbona, while encouraging the recipient of the award not to relent in her performance, also lauded the President of the Badminton Federation of Nigeria, Francis Orbih, for his contribution towards the development of the game.

In the statement, the SWAN President stated that the award has made every Nigerian proud.

According to the statement: “As we congratulate Oby Solaja for this feat, it becomes important for us to also congratulate the President of Badminton, who has displayed astute leadership in running the Federation.

“The National leadership of SWAN considered the award as an honour well deserved”.

Solaja becomes the second recipient of the award after South African Gretha Prinsloo won the Women in Badminton award in 2018.

According to the information available to the National Secretariat of SWAN, due to the Covid-19 scourge, the date for the presentation of the award is yet to be decided.