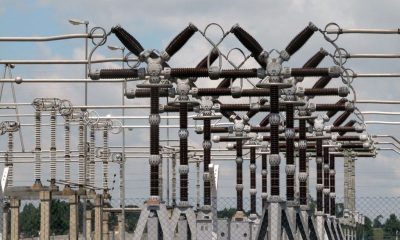 The Federal Government has said it is in the process of investing a fresh $3 billion (N915bn) World Bank loan into the sector after spending N1.5trillion on the country’s power sector in the last two years.

The Minister of Finance, Budget and National Planning, Mrs Zainab Ahmed, disclosed this during an interview with journalists on the sidelines of the World Bank/International Monetary Fund (IMF) meetings holding in Washington DC, United States.Vice President Yemi Osinbajo had in September said the federal government invested about N1.5 trillion in intervention fund in the Nigeria’s power sector in the last two years.Osinbajo said this at a power sector roundtable hosted by Mainstream Energy Solutions Limited (MESL) at its Kainji Hydropower Plant in Niger State last month.

The Vice President, who was represented by the Minister of Power, Sale Mamman, said “the Federal Executive Council (FEC) approved the third round of intervention funding for the sector, with a total of about N1.5 trillion in the last two years.

But speaking in Washington DC, the Finance Minister said she would be holding further discussions with the management of the World Bank to explain how the fresh $3.5bn loan it is seeking would be disbursed for the country’s power project.

She said based on the plan of the Federal Government for the power sector, the loan would be used for the development of transmission and distribution networks to enhance the delivery of electricity.

The minister also said the loan would be used in addressing some of the challenges that the country is currently facing in the power sector.She said, “There is a proposed $2.5bn to $3bn facility for the power sector development programme in Nigeria and this will include development of the transmission and distribution networks as well as removing the challenges that we currently have now in the electricity sector.

“We are going to have a full meeting to discuss the power sector recovery programme and back home we have been working a great deal with the World Bank to design how this programme will be implemented.“So we have an opportunity now to have a direct meeting with the leadership of the bank and to tell them the plan we have and how much we need from one to five years.”The minister disclosed that the government would be disbursing the $3bn facility in two tranches of $1.5bn each.When asked to comment on concerns being raised by the IMF about Nigeria’s debt which stands at N25.7tn, the finance minister said, ‘‘Nigeria does not have a debt problem.’’She said what the government needed to do is to increase its revenue-generating capacity in order to boost the revenue to about 50 per cent of Gross Domestic Product.She said with Nigeria’s current revenue to GDP ratio standing at just 19 per cent, its underperformance is significantly straining the government’s ability to service its debt obligation.The minister said, “Nigeria does not have a debt problem. What we have is a revenue problem.“Our revenue to GDP is still one of the lowest among countries that are comparable to us. It’s about 19 per cent of GDP and what the World Bank and IMF recommended is about 50 per cent of GDP for countries that are our size. We are not there yet. What we have is a revenue problem.“The underperformance of our revenue is causing a significant strain in our ability to service debt and to service government day-to-day recurrent expenditure and that is why all the work we are doing at the ministry of finance is concentrating on driving the increase in revenue.’’

Reports have shown that the federal government took steps to borrow $3.311 billion (about N900bn) externally since 2015 to finance power sector projects.Analysis of external funding for the Transmission Company of Nigeria (TCN) being the sole public utility in the power sector value chain indicates that the Company sought loans and grants to raise the transmission wheeling capacity from 8,100 megawatts (MW) to 20,000MW.TCN is obtaining $1.661bn (N601.3bn) multilateral loans from five agencies which it said, it is using for the procurement and installation of projects under its Transmission Rehabilitation and Expansion Programme (TREP).The breakdown of the fund obtained by this paper indicates that the World Bank is the highest donor with $486m for a fresh Nigeria Electricity Transmission Project (NETAP), and $27m for transmission project tagged, North Core.The African Development Bank (AfDB) gave $410m loan for transmission expansion projects; the French Development Agency -AFD and European Union (EU) gave $330m for the northern corridor transmission project.While the Japanese International Corporation Agency pegged $238m for Lagos/Ogun transmission project, AFD gave another N170m for the Abuja transmission ring scheme.Between 2017 and 2018, the federal government collected a $1 billion (about N362bn) Performance Based Loan from the World Bank to fix the power sector in what it called the Power Sector Recovery Programme (PSRP).The World Bank is also processing another $350 million (N127bn) loan for the Rural Electrification Agency (REA).The Central Bank of Nigeria (CBN) in May also announced the disbursement of N120.2bn to different electricity distribution companies (DISCOs), power generating companies (GENCOs), service providers and gas companies, in order to address the liquidity and funding challenges facing the power sector.But the power Distribution Companies (DisCos) had recently reacted to the borrowing by TCN which it said is not yielding results in the sector.In a statement by the Executive Director, Research and Advocacy of the Association of Nigerian Electricity Distributors (ANED), Chief Sunday Oduntan said even with the TCN multilateral funding, its poor equipment caused over 100 electricity grid collapses since privatization in 2013, and nine collapses this year.ANED said TCN analogue system caused 5,311 interface disruptions in a single DisCo within 18 days of September 2019 and that it was despite the $1.6 billion investment TCN said it has made.The DisCos which said they have invested $1.4 billion in their networks, said despite TCN saying it is implementing a Transmission Rehabilitation Expansion Programme (TREP) with the $1.6bn fund, “the reality is otherwise. TCN finds it difficult to move away from analogue-based and informal communications systems and frequent explosions and burnings of transmission sub-stations and transformers.”Meanwhile, Nigeria’s total public debt rose to N25.7 trillion as at June 2019, indicating an increase of about N754billion since the Debt Management Office last report in March earlier in the year.The document also showed that the CBN exchange rate of N306.40/$ was used in converting the figure.The document further indicated that FG accounted for the biggest external debt stock in the country with about N7.01 trillion while states and the FCT accounted for N1.3 trillion.The Federal Government also accounts for the biggest domestic debt, accounting for N13.4 trillion, out of the N17.3 trillion, while states and FCT accounted for N3.9 trillion.This indicates that the federal government debt stood at N20.4 trillion out of the N25.7 trillion while the states and the FCT accounted for the remaining N5.3trillion.The country recorded total debt stock of N24.9 trillion as at March 31 2019 while at December 2018 its debt stock was N24.3 trillion.

Experts have, however, continued to express concern over the country’s high debt profile, worrying that the accruing loans may cost the country in the long run.

Professor of Development Economics, University of Abuja, Professor Sarah Anyanwu, said the burden of servicing these debts is huge.She noted that not all borrowings should be considered good and that government should borrow externally only for projects with guaranteed return on investment that will be able to pay back the loans.“It is not the borrowing that is the problem it is the usage of the money. The problem is not taking loans and incurring debt either internal or external, the problem in Nigeria is diversion of the loans to other purposes. If the loans are used for the purposes that they have been stated for then there won’t be a problem. The important thing is that there must be accountability and it must be used judiciously,” she said.She also called for revalue orientation for management and usage of the FG loans and not for government officials to believe it is their birth right.Also speaking from the same department, Professor Mohammed Yelwa expressed worry over the consistent increase in the debt stock, saying the implication is that the country will get to a point that its revenue will no longer be able service its debt.