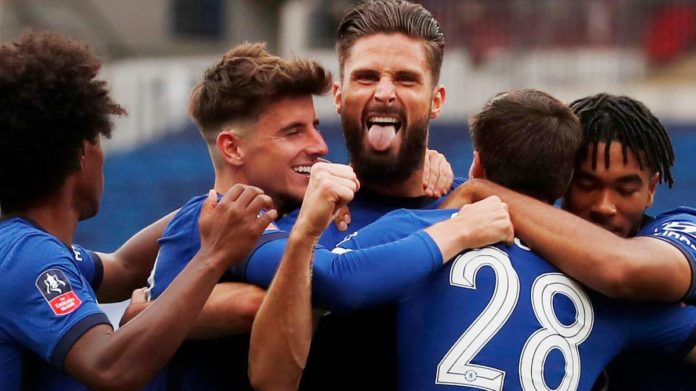 Chelsea will meet Arsenal in the final of the FA Cup at the Wembley Stadium after both teams defeated the Manchester duo of City and United.
Arsenal beat Manchester City 2-0 on Saturday, while Chelsea beat Manchester United, 3-1 on Sunday to reach the finals.
In today’s semi-finals, Oliver Giroud scored for Chelsea in the extra time of first half while Mason Mount scored in 46th minute. A Harry Maguire own goal in the 74 minutes buried the hopes of United.
However, Bruno Fernandez took the penalty in the 85th minute as a consolation for the red devils.