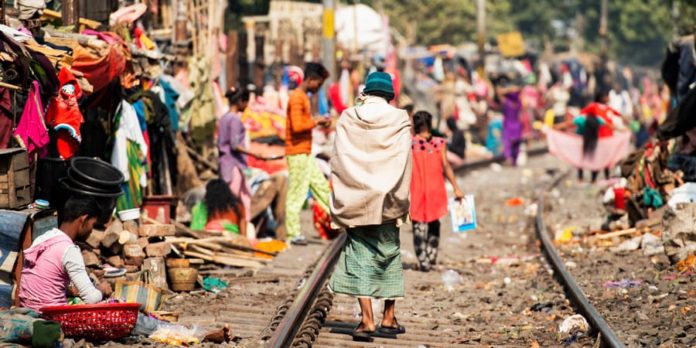 With nearly two billion people in seven countries including Nigeria, lacking access to the mainstream financial system of the world, experts have explained how international standards can help to establish transparency, rebuild trust and solve the identity crisis in the digital age.

In this day and age, it is obviously catastrophic for those who not only have little or no money but who also do not have access to the formal financial sector, which includes financial services such as banking, bank accounts, access to credit and financial products.

Financial services are the foundation on which so many individuals and businesses depend to make a decent living.

Financial inclusion is regarded as an enabler for seven of the United Nations’ 17 Sustainable Development Goals (SDGs). For example, SDG 1 is to end poverty in all its forms, and access to a properly regulated financial system would go a long way to helping the most vulnerable who put their lives at risk daily in desperate measures to make a living.

The World Bank Group considers financial inclusion so fundamental to universal well-being that it has launched a global goal to reach universal financial access by 2020.

Paradoxically, those who have the most difficulty acquiring banking services are the very people who could most benefit from them. For instance, the working poor tend to access credit informally through pawnbrokers and money lenders who can charge exorbitant interest rates, much higher than any quoted at formal commercial banks. What’s more, they also often lack financial literacy allowing them to plan ahead and expand their enterprise. Financial inclusion could give them a real chance of climbing out of poverty.

Although the digital age, with the spread of the Internet and the global usage of smartphones, has played a big part in lifting people out of poverty, the move towards financial inclusion is uneven and in some countries, progress has been slow.

According to the World Bank 2017 Global Findex report, about 1.7 billion adults around the world still remain unbanked. And this is not just a problem for developing countries, nearly 40 million citizens in the European Union alone, for instance, still do not have a bank account.

However, according to the Global Findex, nearly half of the world’s unbanked populations live in Bangladesh, China, India, Indonesia, Mexico, Nigeria, and Pakistan. Many of these are women, living in poor rural areas – so-called micro-entrepreneurs, small stallholders selling food and drink, who keep their money at home, stashed in jars and bags, with the attendant risks.

And while mobile technologies are conquering poorer regions, spurring the development in 2017 of the ISO 12812 series designed to bring secure financial services to a wider audience, still, for many people, it is safer to keep money at home than in a bank.

One person with a key understanding of these issues is Stephan Wolf, Chief Executive Officer of the Global Legal Entity Identifier Foundation (GLEIF), and Co-Convenor of the ISO/TC 68 FinTech Technical Advisory Group (ISO/TC 68 FinTech TAG), set up by ISO’s technical committee ISO/TC 68, Financial services, to establish proactive dialogue with financial institutions and regulators.

“Trust starts with transparency about identity”, he says. “And a global identity is the starting point to foster growth and prosperity for economies worldwide.”

The issue of identity hit the headlines in 2016 with the release of the Panama Papers. The investigation by the International Consortium of Investigative Journalists (ICIJ) into the offshore finance industry exposed a murky world of tax evasion and money laundering and showed how the rich exploit secretive offshore tax regimes. So far, according to the ICIJ, more than USD 1.2 billion in back taxes and penalties have been recovered around the world.

For developing countries, Wolf says that one of the many challenges is the lack of a trusted identity for small and medium-sized companies and those individuals acting in a business capacity for these companies in order to know whom you are doing business with. “In many developing countries”, he says, “more than 50 % of economic activity is conducted by unregistered companies – businesses that lack transparency and identity.

Those remain cut off from essential services, such as supply chains and payments. When that happens, there is a higher vulnerability to corruption and bribery, economic decline and dependency on development aid.”

Research by GLEIF indicates that a globally accepted approach, based on the broad adoption of the LEI, “would remove complexity from business transactions, deliver quantifiable value to financial services firms and lead to financial inclusion”, Wolf says. And, he adds, ISO is an integral part of this approach as the LEI is an ISO standard (ISO 17442).

Another expert, Robin Doyle, Managing Director, Office of Regulatory Affairs at JP Morgan, and an active member of the ISO/TC 68 community underscores the significance of establishing trust and the challenge of providing identity assurance for the one billion people who are without any legal/government-issued credentials. “As documented in the Global Findex Database 2017, barriers to financial inclusion include lack of necessary documentation, financial institutions located too far away, high cost of opening accounts – and a lack of trust,” she says. Such challenges require innovative thinking and new approaches to allow underserved populations to enter the financial markets.

Doyle points out that financial institutions are highly regulated entities and onboarding of customers requires strict compliance with know-your-customer (KYC) laws and regulations. “Compliance risk is high if current rules are not met”, she says.

Rules aside, she goes on to say that the ability to unambiguously verify the authenticity of a person “is key to preventing criminals from accessing the financial system for nefarious purposes such as money laundering, terrorism, and human trafficking”.

Finding new and innovative ways for verifying identity could help financial institutions tackle this challenge. Doyle says new approaches could include moving away from the gathering of traditional government-issued documents. She cites the growing use of smartphones in underserved populations as “an opportunity to leverage a person’s digital footprint as a means to identification and verification”.

Indeed, as the world moves deeper into the era of the Fourth Industrial Revolution and the economy becomes ever more digitized, the question of identity gains even more significance. Wolf explains that no one knows, globally, what companies exist in the world, nor how they are related. That is a big problem, he says, for regulation, research, resolution, transparency, and basic business efficiency.

He points out that transactions among business partners will be in real-time and warns that “ without a secure identification system as a foundation, it would be nearly impossible to manage a trustworthy business”. He says: “Looking beyond financial services, GLEIF is convinced that the LEI could serve as a key ‘data connector’ to advance digital entity identification and to simplify identification for the digital age.”

For Doyle, it is clear that new approaches to onboarding and KYC need to be accepted by the regulatory community. If that were the case, she says, banks could “better support financial inclusion by helping the unbanked to gain access to the financial system and be a trusted source of identity verification for them”.

She believes, like Wolf, that ISO has a clear role to play. She points to its work in newly convened ISO/TC 68ʼs working group WG 7 on addressing the challenges of assuring identity for natural persons, adding that ISO can promote a harmonized approach “using open standards in support of the broad diversity of jurisdictional identity regimes providing for consistency and interoperability of approaches taken by nations around the world”.

ISO’s work, she says, will need to take into consideration not only traditional means of identification but must establish principles and standards that will support financial inclusion and the emerging digital economy.

Vijay Mauree is the main focal point for DFS at the Standardization Bureau at ITU and coordinates ITU’s contribution to the Financial Inclusion Global Initiative (FIGI), a joint programme led by ITU, the World Bank Group, and the Committee on Payments and Market Infrastructures of the Bank for International Settlements. FIGI is supported by the Bill & Melinda Gates Foundation.

Mauree explains that under FIGI, ITU is leading the Security, Infrastructure, and Trust Working Group, which is composed of four workstreams: security; distributed ledger technology for financial inclusion; quality of service; and trust.

The working group’s activities in the field of cybersecurity support financial sector authorities to better understand the threats, targets, risks, and impacts of cyber-attacks, and to deploy adequate tools to increase cybersecurity. Mauree says: “The technical reports produced by the working group are stimulating new work in our standardization expert groups, ITU Study Groups.”

Mauree was also the coordinator of an ITU initiative investigating Digital Fiat Currency (DFC), digital currency authorized and issued by a country’s central bank. The initiative concluded its activities in June 2019 with the delivery of seven technical reports detailing the requirements of DFC as they relate to regulation, technical and business dynamics, and security.

These reports will also feed into the standardization work of the ITU Study Groups, explains Mauree. He pointed out that the highly developed countries are piloting DFC to ensure that their central banks retain authority over money management as the use of cash declines. “Developing countries that are home to populations without access to bank accounts see considerable potential for DFC to contribute to greater financial inclusion. ISO also participated in our DFC activities to share the work that is being done at its level in this field,” he says.

In digital financial services, Mauree says one of the greatest risks and challenges to achieving universal financial inclusion is the uncertainty that can be created in the cross-cutting nature of DFS regulation and supervision. “DFS regulators need to create an enabling DFS environment for financial inclusion. To do so, they need to develop policies and regulations that foster innovation, promote competitive markets, and enable the efficient and sustainable provision of high-quality financial services.”

As well as ensuring that consumers – particularly those who are poor – are protected from unfair practices, he says that “regulators need to ensure that the risks introduced by new providers and business models are effectively managed to maintain financial sector stability”.

Governments have a key role to play in closing the financial inclusion gap. According to Mauree, only 25 % of developing countries process their cash transactions and social benefits electronically. “It is, therefore, important for governments to create policy environments that encourage digital financial inclusion”, he says.

In the Philippines, for example, “the regulator has quickly allowed digital platforms that can be leveraged by government and the private sector in delivering services, transacting with their partners and the general public to bring more people into the financial system”.

Progress has been made. The World Bank says that the spread of the Internet and the rapid growth of digital technologies have accelerated the rise of financial inclusion worldwide. Giving people access to the mainstream financial system enables them to channel their savings into investments; to buy insurance products that protect them in times of risk and ill-health, and pay for their children’s education.

ISO standards go a long way to ensuring that individuals and companies can enjoy the benefits of responsible and sustainable financial inclusion, helping the world go round more smoothly for everyone.