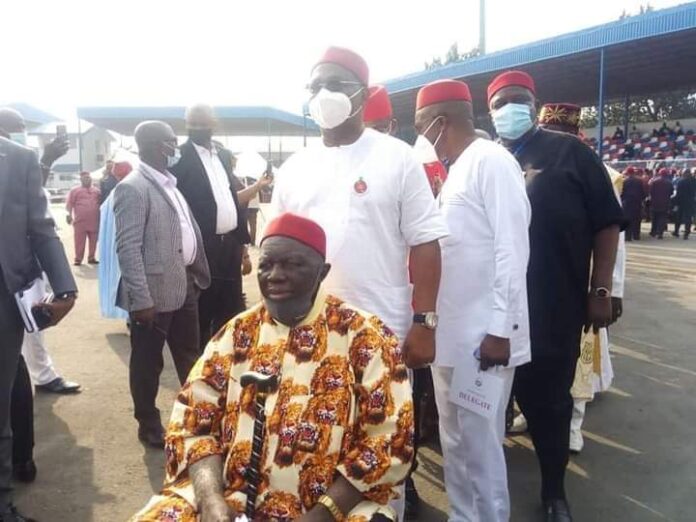 Obiozor polled a total of 304 votes to beat two other contestants in an election held at Dan Anyim stadium in Owerri, the Imo state capital, on Sunday.

In line with the group’s commitment to equity and fairness in its leadership, it was the turn of Imo state to produce the Ohaneze president, as some other Igbo states haves taken their turn.

Before the election yesterday, Professor Obiozor had emerged as a consensus candidate at Imeobi meeting convened by the Nwodo-led executive of Ohaneze Ndigbo, but his emergence was described as unconstitutional by some aspirants.

At the election, Igbo bigwigs especially from Ebonyi State such as the governor, Engr. David Umahi, Minister of Science and Technology, Ogbonnaya Onu, Senator Sam Egwu among others cast their votes for Obiozor who eventually emerged to replace Chief John Nnia Nwodo whose tenure just came to an end.

Meanwhile, one of the leading contestants for the post of Secretary-General of Ohanaeze Ndigbo, Chief Chuks Ibegbu, had earlier announced his withdrawal from the election.

Ibegbu, who is the outgoing Deputy National Publicity Secretary of the body, alleged that the election process was faulty and lacked proper democratic rules of engagement.