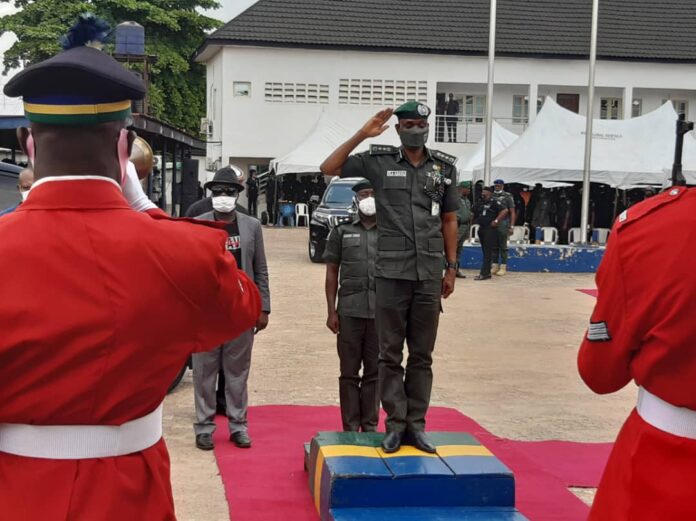 Awka – The Inspector General of Police, Mr Mohammed Adamu, has urged officers and men of the Police Force in Anambra State, not to waiver but to be diligent in the discharge of their in line with international standards and to respect the fundamental rights of all citizens.

Abubakar was speaking on Tuesday during his assessment visit to Anambra Police Command in the aftermath of #EndSARS protests that resulted in the destruction and looting of government property including police outposts, with a reported 4 policemen killed during the violent agitation.

IGP Abubakar who was also in the State to interact and commiserate with the command on the losses suffered during the protests, urged the officers and men of the force to see their constitutional responsibilities as a huge sacrifice that demands patience, tenacity and tolerance.

The police chief also commiserated with families of the serving members of the institution whose relatives died or were injured during the protest.

Earlier in his welcome address, the Anambra State Commissioner of Police, Mr John Abang appreciated the IGP for the visit to the command, recalling  that the ENDSARS protests had begun peacefully with the police protecting protesters until hoodlums eventually hijacked the process.

Among the IGP’s entourage were Deputy Inspector General of Police, Celestine Okoye and the Public Relations Officer, Force Headquarters, Abuja, Deputy Commissioner of Police, Frank Mba among others.