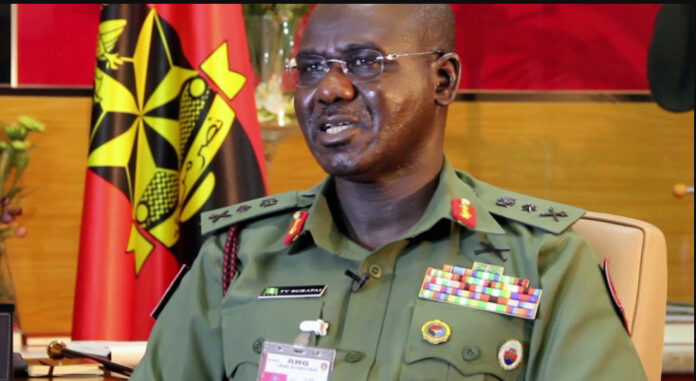 The Nigerian Army is currently under fire over its statement on the #EndSARS protests rocking the nation.

The Army in a statement on Thursday by Acting Director Army Public Relations, Sagir Musa, warned protesters against any act of violence as they go about their protests.

The statement reads: “The Nigerian Army (NA) wishes to reassure law-abiding citizens that it is highly committed to the sustenance of peace, security, and defense of democracy in Nigeria. As a responsible and law-abiding organization, the NA reaffirms its unalloyed loyalty and commitment to the President, Commander in Chief of the Armed Forces of the Federal Republic of Nigeria President Muhammadu Buhari and the Constitution of the Country.

“The NA hereby warns all subversive elements and trouble makers to desist from such acts as it remains highly committed to defending the country and her democracy at all cost.

“The NA is ready to fully support the civil authority in whatever capacity to maintain law and order and deal with any situation decisively. All officers and men are directed never to be distracted by anti-democratic forces and agents of disunity”.

Reacting to the statement, Nigerians have berated the army, stressing that any threat to deter or mar the lingering protests will not yield results.

Human Rights Activist, Adeyanju Deji, who took to his Facebook page, wrote “Somebody should warn Buratai to be careful. This protest is a global one. More than 50,000 lawyers are involved in it. He will do life imprisonment at ICC if anything happens to any protester. And also get VISA BAN before that. #EndSWAT” 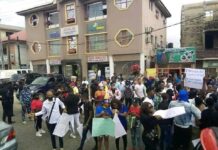