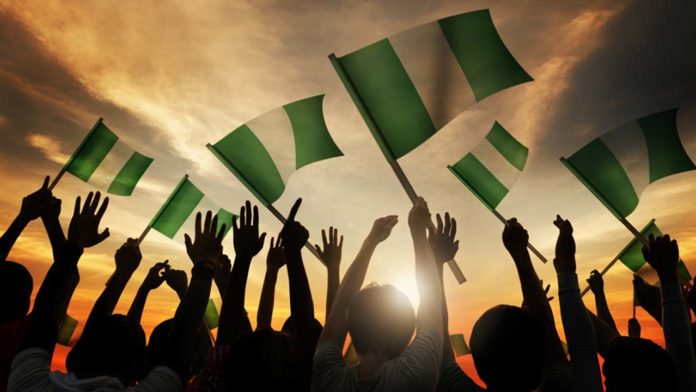 The word ‘Democracy’ according to President Abraham Lincoln,the then President of the United States of America, is ‘a government of the people, by the people and for the people’. In other words, ‘Democracy’ is: (i) a government made up of the generality or representatives of the people; (ii) a government formed and installed by the people; and (iii) a government that exists for the welfare of the people’. See: EseMalemi, The Nigerian Constitutional Law, Princeton Publication Co., Ikeje, Lagos, Nigeria, First Edition, 2006, page: 30. There is no doubt that in Nigeria, as of the moment, the types of democracy practiced is ‘the Indirect/Representative Democracy,’ which is a system of democracy where all persons of voting age are expected to vote to form the government by electing persons into government who will represent and act on their behalf, especially in the executive and legislative arms of government, which elected persons are expected to properly constitute all the other organs and agencies of government, and generally manage the affairs of government for the welfare of the people’. See: EseMalemi (op cit) at page 31. As has been said above, government is then a joint function of (i) the Executive; (ii) Legislature; (iii) and the Judiciary. Furthermore, democracy seems to human rights activists and or lawyers a better alternative for Nigeria, after her experiences with the Military Forces of the Military leadership. This paper aims at show casing why democracy compared with military governing system is better and will always be more preferable to a human rights activist, even though some persons at some point wish for another military intervention in the Nigerian politic.

In my humble view, as a human and socioeconomic rights activist and a legal practitioner, those attractive features of democracy will always distinguish it from the military system of government such as: existence of a Constitution (and in the present Nigerian situation, the 1999 Constitution of the Federal Republic of Nigeria, which is the basis of the principle of rule of law and the civil law); observance of rule of law by all persons and authorities in Nigeria; periodic free and fair elections; existence of a party system in the politics (while Nigeria practices a multi-party system); existence of organized opposition to the government in power which could be in the form of political parties, civil right association, non-governmental organisations, labour unions, students union groups  and other pressure groups; equality of all persons before the law; minority having their say and the majority having their way (that is protection of minority’s interest as well as the physically challenged); the guarantee for the respect for the fundamental rights of the citizens as guaranteed in the Constitution and other international human rights laws; the existence and application of the principles of separation of powers and checks and balances in the government; the existence of an independent judiciary; the existence of a free press and the right to freedom of expression; open accountability and transparency of government to the people; a guaranteed free access to information; the flow of information from the government to the people and vice versa; the openness of government to the criticism, praise, encouragement, and other comments of the people; the limitation of the tenure of office of elected officials; the existence of a smooth, effective and constitutional process of handling over power and changing government by means of election at regular intervals as stipulated in the Constitution; the independence of an electoral body which is not appointed by the government of the day, but is constituted by persons elected by civil society groups; democracy is a representative government that gives people the confidence and pride to participate in the government by voting the people who will constitute the government, represent and act on their behalf to manage the affairs of the country for the welfare of the people, etc. See: EseMalemi (op cit) at page 32.All these attributes are never pleasant to a military regime or system as power is reserved in the superior as a dictator.

Nigeria at the occasion of the new Public Holidays Act, 2019, has changed her Democracy Day from May, 29 to June, 12 of every year. At the celebration of the June 12, 2019, Nigeria became twenty years old of democracy since the Military handover since 1999. And historically, Nigeria had practiced democracy from 1979 to 1983 after which the military took over from the democratically elected President/Republican government.in the Second Republic.

Finally, it is my humble submission that democracy and military are just like words and opposite or light and darkness and cannot be in any way compared to have any similarity.