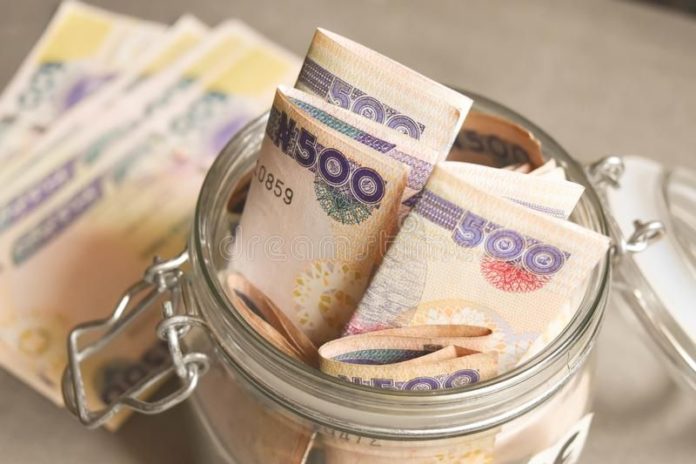 Within the week, the police arrested a certain Moses Moses who had confessed to the crime of murdering his friend and colleague, Abuchi Nwachukwu. The latter had informed his friend that his South African based elder brother, had sent him 13 million naira, to be used on a housing project in their hometown.

After seeing the alert, Moses decided to kill his friend so he could have access to the cash. By the time he was arrested, he had succeeded in withdrawing millions of naira from the account which he spent on hotels and women of easy virtue.

While l felt very bad at Abuchi’s murder, l was miffed at the thought that he was murdered for the simple reason that his murderer wanted to have the money to sleep in hotels and carry as many women as he wanted. Not to make use of the money to better his lot in life.

There is a reason why God will not answer some men’s prayers to blow. He knows that if he gives them that much-desired wealth, they will only destroy themselves.

Managing money to make more money, is a skill some people will never, ever have. The first time they see millions, whether legitimately or illegitimately, there are only two things on their mind. Beer and women (then if the money is large enough, a car on the side, to impress the boys and the ladies). Once they can be getting these two on a daily basis, life is good and they move around with this air that says ‘l have arrived.’

Someone killed another for 13 million. Not to have a better shot at life but to sleep in hotels and have sex with women. And you think that kind of person will ever, ever sustain wealth if he is fortunate enough to hit it?

In his book, ‘Things fall apart,’ the late Chinua Achebe said, ‘a chick that will grow into a cock can be spotted on the very day it hatches.’  The signs of sustaining wealth can be spotted from how well one is able to manage the little he has, till it becomes plenty. Moses could not think of putting his ill-gotten money to good use because, like most spenders, he had the spending virus that infects people once they see the money. That virus that makes thinking of how to make wealth, an option that spenders never think of until the money is almost finished. Don’t tell me Moses got the money illegitimately and was bound to waste it.  There are people who get money illegitimately but put it to good use. Or have you not heard cases of armed robbers who used the proceeds of their theft to make wise investment choices?

A friend of a colleague won 750 thousand naira from betnaija. He had a barber’s shop that was scarcely equipped. It contained just one clipper, some worn-out chairs and a beat-up small generator. One would have expected that improving the look of his business, would have been paramount on his mind. In fact, he was advised by my colleague to do just that. Did he listen? Hell no.

For 750 thousand naira, this man hired himself some bodyguards. A couple of boys who were sure of getting at least one bottle of beer and a plate of pepper soup from him every evening. Suddenly, his phone was no longer good.  He ditched it and got a techno phantom of almost 100 thousand naira.

Whenever he wanted to go to the Atm, he would park his bodyguards along. When they arrived at the bank premises, he would go and sit down in one corner with the bodyguards surrounding him while one of them went to get the money from the machine. They usually ended up at bars to drink beer, pepper soup and frolic with women. Of course, he always had a couple of friends along, to share in the fun.

This went on until the money was remaining less than 20 thousand naira. At that point, he had returned to his senses. He was able to buy a second-hand clipper. That clipper and his phone were the only tangible things he could get from 750 thousand naira.

Now tell me. If that guy could do what he did just because of 750 thousand, would he not do worse atop millions? Who knows? Maybe that time, he would hire the Nigerian army to be following him to ATMs.

Some people will never blow. It is not because they are cursed. But it is because even if God drops them in a river of naira, they would never think of how to grow the river into an ocean. Instead, they would sit down and drink up the river until it becomes a puddle.

We all want money. We pray daily to become millionaires someday. We want to be like Davido who has 30billion naira in his account. But how many of us can handle it when the money comes?

If God decides to give you only 1 million naira out of the many millions you pray about, at the end of the day, would he be proud to say ‘Well done, good and faithful servant. I gave you a little and now you have much. And because you have done well, here is more to add to what you already have?’

Or would he sigh in regret and ask your guardian angel to lock up the vault to your financial blessings? Since you only saw a little money and became a nuisance not just to yourself but the society.

Have you ever wondered why some children become poor after the death of their wealthy parents? They were not taught the processes of sustaining wealth. They were only exposed to the spending part of wealth. Hence the laid up wealth that was stored up for them, was squandered as soon as the creator of the wealth, disappeared from the scene. They lacked the skills to manage wealth therefore when they crashed, they crashed badly. I have seen live examples and it has never been a pretty sight.

In today’s society, all blow na blow. No matter how much one preaches against crooked ways of making money, there is that faction of society that will still preach the gospel of ‘the end justifies the means.’ They will always remind you that as long as you earn the respect of people and can get them to eat from your palms, the source of your wealth is immaterial.

While some people are doing all they can to blow legitimately, Others are doing their best to blow illegitimately. But One thing is common between them. Each group is backing up their attempts with prayers. We all know that, don’t we?

So l am going to just conclude by saying this.

Praying to blow whether by legitimate means or kurukere means, is not the main deal.

The main deal is,  it is not enough to tell God that you want to blow. while you pray to him to let you blow, don’t forget to pray that he gives you the wisdom to manage the wealth. Otherwise, you are only just going to blow for a short while and sooner than later, find yourself among the lows of the society again.

The writer can be reached via ebutemay@gmail.com

A BAT FROM HELL AND THE ASIWAJU OF BLOOD By Femi...