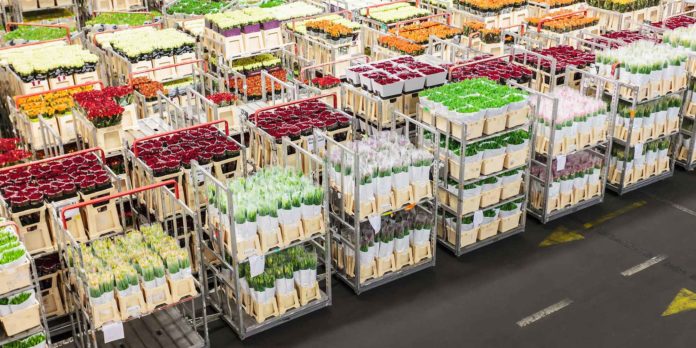 The flower sector of Kenya’s economy is losing $300,000 a day due to the strangulating economic impact of COVID-19.

Trade Development Officer in the country, Magdaline Morijoi, says “workers have been sent home due to downsizing and closure of businesses. Women have been affected the most as they comprise a large number of workers in this sector.”

Recently, Stacey Pinto, started working as a trade adviser at the British High Commission in Namibia after years in the private sector.

She has a renewed drive to help the country craft policy solutions to problems that preclude women from fully contributing to and benefiting from economic activities after completing the 2020 edition of the United Nations Conference on Trade and Development’s (UNCTAD) online course on trade and gender.

“I’m now more prepared to help close the gender gap that stifles economic progress,” she said at the end of the seven-week course held between March and May.

Ms. Pinto is among 162 women and 66 men from 59 countries who took the course, a unique capacity-building initiative that equips participants with knowledge on the nexus between trade and gender, boosting their capacity to support gender-responsive policies.

This year, the course was offered in English, Spanish and French for the first time, broadening its audience.

Simonetta Zarrilli, who leads UNCTAD’s programme on trade, gender and development say “involving stakeholders from Latin America and French-speaking countries in Africa was a big achievement.

“Moreover, distance learning proved particularly effective as any other approach wouldn’t have been feasible due to the coronavirus pandemic.

The course equipped the participants to better contribute to policymaking and research on the links between trade and gender, a topical issue.

A public policy consultant in Cabo Verde, Amilcar Monteiro, says “thanks to the course, I’m more aware of what is relevant when analysing trade from a gender perspective”, adding, Deputy Director at the Investments’ Ministry in Guinea, Diarra Doumbouya,  said ‘’the nexus between trade and gender is not easy to grasp immediately. But the course allowed me to step back and better understand it.”

The course also offered the participants a platform to share experiences on the economic and gender effects of the coronavirus pandemic in their countries.

Participants are also committed to sharing knowledge within their organizations. “The course has empowered me to strengthen my colleagues’ capacity to deal with gender issues,” said Bengu Guvercin, an inspector at Turkey’s trade ministry.

Nearly all the participants in the English and Spanish sessions opted for an extra week of learning the specificities of trade and gender linkages in the context of the Southern Common Market (Mercosur).

Overall, 54% of the participants rated the course as exceeding their expectations, while 44% said it had fully met their expectations. “This is an excellent result that encourages us to further develop and expand this initiative”, Ms. Zarrilli said.

UNCTAD has trained over 1,100 stakeholders from 148 countries on trade and gender since 2015, thanks to the support of the government of Finland. They are now advancing the cause of gender equality in trade in their countries.