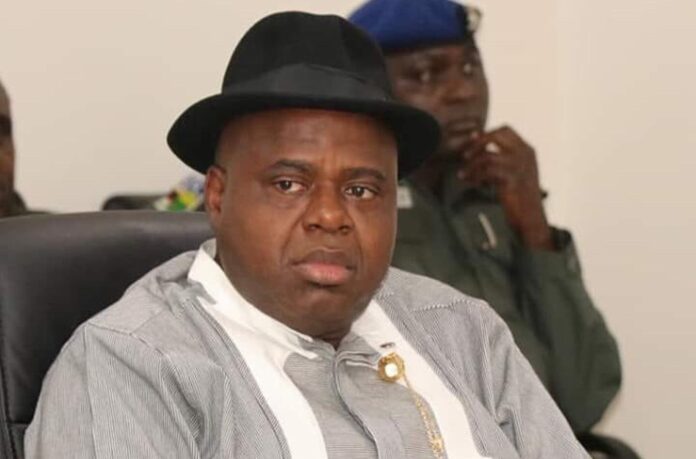 Rival cult war in Bayelsa State has claimed the lives of four members, and an innocent child who was hit by a stray bullet. Sources say they met their waterloo during a shootout in the early hours of Monday.

Their tragic end is coming as Police Commissioner, Enugu State Command, Ahmad Abdurrahman, has ordered an investigation into the gruesome murder of Igwe Emmanuel Mba, the traditional ruler of Oruku community in Nkanu East Local Government Area of the state.

Police Public Relations Officer in the state, Daniel Ndukwe, an Assistant Superintendent of Police, quotes Abdurrahman as saying the command will ‘’meticulously investigate’’ and bring the perpetrators to book.

An act of violence erupted in Oruku community following the alleged killing of their traditional ruler by armed men suspected to be policemen. Normalcy has however, been restored by the police in the troubled area.

The police chief promptly ordered the deployment of operatives of the command to the area and the launch of a full-scale investigation into the incidence.

“The command will meticulously investigate and bring the perpetrators of the alleged murder and the ensuing acts of violence to book. I also call on residents of the community to remain calm while eschewing acts capable of inciting further violence in the area pending the outcome of the investigation.

“Anyone found wanting will be made to face the full weight of the law’’, Abdurrahman said.

Mba was shot dead by men who claimed to be police officers from Force Headquarters, Abuja. The incident threw the community into crisis as houses and cars belonging to community members alleged to be behind the shooting of the traditional ruler were set ablaze.

Sources say the killer ‘policemen’ were led by one Inspector Danladi. They allegedly invaded the community in an SUV and a Sienna bus at about 2pm on Saturday and sought to see the traditional ruler who was addressing community members inside the community town hall.

Immediately they identified the traditional ruler, one of the ‘policemen’ allegedly shot him on the thigh and he fell down bleeding.

Pandemonium ensued after the community king was shot as the natives scattered in different directions amidst sporadic shooting by the armed men, who made attempts to arrest some of them.

The armed men took away the bleeding king alongside one Agozie Ani to Park Lane Hospital Enugu but he could not be admitted due to lack of bed space.

They were referred to the National Orthopedic Hospital, Enugu but on arrival doctors at the Emergency Unit only confirmed the king dead.

The allegedly murdered king was chosen by his community on December 26, 2019. He was allegedly allowed to bleed to death before he could get medical attention.

His corpse was deposited at the National Orthopedic Hospital mortuary while the whereabouts of Ani is yet to be known.

A Ford pick-up van that was driven to the meeting by the deceased king was also driven away by the team.

Aggrieved members of Oruku community allegedly regrouped on Saturday evening and attacked the homes of some indigenes believed to be behind the murder of the traditional ruler.

Four houses including the compound of the father of a retired federal Permanent Secretary, Chief Raymond Okenwa were allegedly burnt down. Some vehicles parked within the affected premises were also set ablaze by the angry mob.

Carnage continued until Sunday morning as more buildings in Oruku were still being set on fire.

In the mean time, spokesman for the police in Bayelsa, Asinim Butswat, a Superintendent of Police,  confirmed the development to the News Agency of Nigeria in Yenagoa, the state capital.

Butswat, however, adds that normalcy had since been restored following the swift intervention from the nearby Oporoma Police Division.

“Two rival cult gangs clashed at Lobia Community, Southern Ijaw Local Government Area on December 28 at about 2:30am. The unfortunate incident led to the death of four cultists. Their identities are yet to be ascertained at the moment. The corpses have been deposited at the morgue.

“Investigations have commenced”, the police said.

Community sources say a little boy hit by a stray bullet was also one of the victims of the gun battle, pointing out that the killer gangs attended an event from Ukubie and Azuzuama communities, losing three and one members respectively, while the little boy hailed from Lobia 1, all neighbouring coastline settlements.