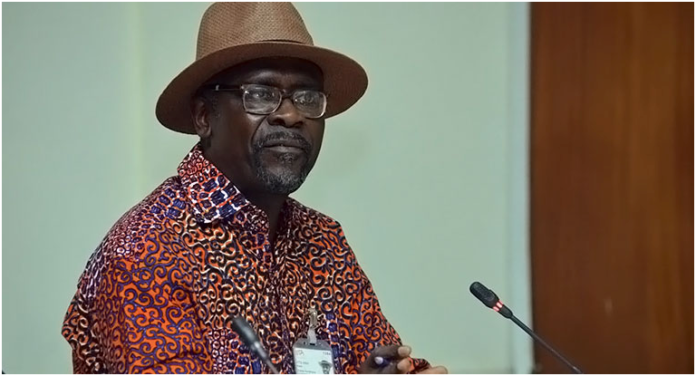 The advent of COVID-19 pandemic has added another dimension to the worrisome issue of undernourishment in Africa.

In 2018, over 200 million people in the continent were undernourished due to food shortages.

An examination of these problems has led to the World Bank and Economic Community of West African States (ECOWAS) convening a virtual conference to put together a response plan to address these issues.

A recent BBC Focus on Africa segment featured an interview with the International Institute of Tropical Agriculture (IITA) Director of Advocacy and Country Alignment Function (ACAF), Dr. Kwesi Atta Krah during which he explained some of the challenges facing African agriculture and food security during the pandemic.

Atta-Krah spoke about the likely negative impact of the crisis, especially if it is prolonged. He said this is mainly due to our food supply relying heavily on smallholder farmers who are mostly over the age of 50.

Atta Krah, a Ghana national, is currently Director, Advocacy and Country Alignment, in the Office of the Director-General. He assumed this position in January 2017.

Prior to this, from 2013 to December 2016, he was Executive Director of Humidtropics – the CGIAR research program on Integrated Systems for the Humid Tropics that was led by IITA.

Between June 2005 and January 2013, he was Deputy Director-General of Bioversity International, based in Rome Italy.

He has experience in multi-disciplinary and multi-stakeholder research and development processes, for enhanced efficiencies and synergies. His key professional passion currently is in promoting the importance of alignment of research and delivery operations to strategic goals of countries, for accelerated impact. It is in this context that the seminar is being given.

Atta-Krah also identified seed supply as another potential problem area because the lockdown may limit commercial activities, leaving farmers with the option of eating their seeds if they are unable to purchase food for their families.

By the time the pandemic is over, these farmers may have exhausted the inputs they had initially set aside for planting.

BBC programme host Audrey Brown asked why this is a specific problem in Africa rather than in other parts of the world: “Has it got to do with the profile of the farmers, the size of the farms, or the methods?”

“I would not say it is particularly restricted to Africa. I can see this same scenario playing out in some parts of the world where you have smallholder farmers”, Atta-Krah said.

He notes that smallholder farmers, who often have challenges in resources, need money to get inputs such as fertilizers, pesticides, etc. Given the present situation, this is going to be a lot of pressure to achieve.

With several countries in Africa locked down for two months now, Atta-Krah expressed hope that the scenario will change soon because the longer the situation goes on, the more damage it would cause.

“Part of the challenge is that several countries are also putting in place policies to try to prevent food from being exported. So, if you are a country that has been depending on food imports from neighbouring countries, you will feel the effects of some of the restrictions because of this coronavirus”, he continued.

However, a positive dimension to the crisis is the recognition that countries need to achieve a higher level of self-sufficiency.

Atta-Krah notes that this has alerted governments of the necessity to support their farmers so that they can produce what the country needs and have some for export.

Atta-Krah reported on the progress from the conference, highlighting the West Africa Resilient Food Systems project and funding by some of the development partners, including the African Development Bank (AfDB), the Rockefeller Foundation, and the Bill & Melinda Gates Foundation.

While these have been challenging times for Africa, Attah-Krah is optimistic that COVID-19 has triggered the understanding that there has to be collaborative engagement between governments as no single country can address the issue of Africa’s food security all by themselves.

“We are beginning to see the political dimension being built into the technical processes, and I believe that this is going to result in real energy that will be brought into the agriculture domain”, he concluded.