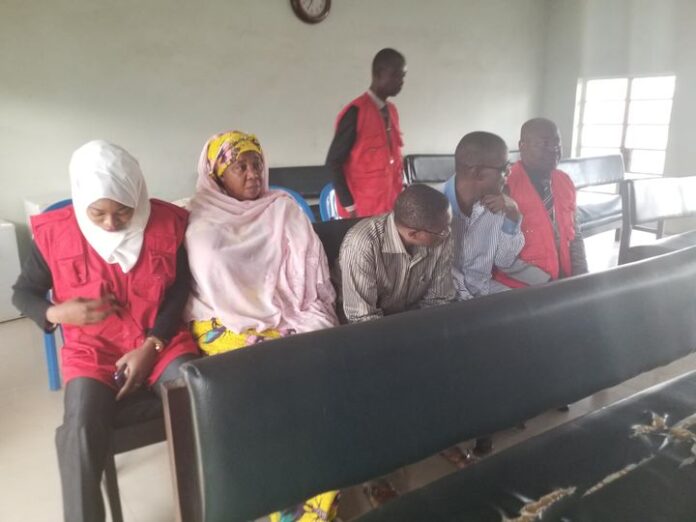 The trial of the immediate past Chairperson of Kwara State Scholarship Board, Hajia Fatima Yusuf and two others slated for today could not go on. Although all parties in the case were present in court, however, the case could not hold as counsel to Hajia Yusuf, Y. O Ahmed was conspicuously absent. No reason was given for his absence.

The Ilorin Zonal Office of the EFCC is prosecuting Hajia Yusuf, alongside Fatai Lamidi, former Executive Secretary of the Board and its Accountant, Ajewole Stephen, on a seven-count charge bordering on stealing, fraudulent conversion of Government’s fund and forgery before Justice Sikiru Oyinloye of the Kwara State High Court sitting in Ilorin. While Hajia Yusuf is listed as first defendant, Lamidi and Stephen appeared as 2nd and 3rd defendants, respectively on the charge sheet.

The three accused persons allegedly diverted state funds to the tune of N100million meant for payment of 2018 bursary allowances to students of Kwara State origin in various tertiary institutions.

Counsel to the EFCC, O. B Akinsola, had while announcing her appearance told the court that her witnesses were in court, adding that the prosecution was ready to proceed.

Saka Isau (SAN) and Adewale Olatunde also announced their appearances for 2nd and 3rd defendants, respectively. But, Hajia Yusuf was not legally represented at the sitting.

Following the absence of counsel to the first defendant, Akinsola told the court that it would be in the interest of fair hearing to seek an adjournment for the defendant to be present in court with her counsel during trial, to which the two other defence counsel aligned.

In the circumstance, the court adjourned to January 26, 2021, for the continuation of hearing.

Count two of the charge reads:

The defendants who were arraigned on January 15, 2020, had pleaded not guilty to the counts.

It would be recalled that some of the affected students called as witnesses in the previous sittings had told Justice Oyinloye that their names and matriculation numbers appeared as beneficiaries of the bursary allowance, but were never paid.