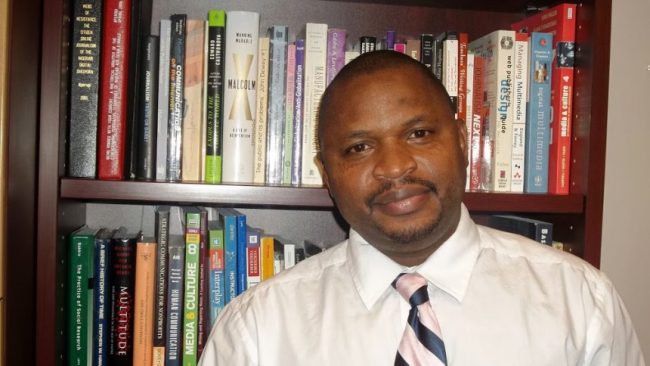 In most parts of the world, it feels like the world has come to, or is coming to, an end. Routines have been displaced. Familiar reality has been ruptured. Even habitual perceptions of the world around us are being disrupted. And people are gripped by immobilizing panic and anxiety.

In stressful, uncertain moments like this, people look up to their national leaders for assurance, for psychological comfort, for emotional stability, for guidance, for good cheer. Most leaders have lived up to this expectation. They have addressed their compatriots in national broadcasts and become consolers in chief. Well, except Nigeria’s Muhammadu Buhari.

Amid spiralling apprehension about the new coronavirus and the uptick in the number of infections in the country, there has been unnervingly loud silence from the man who calls himself Nigeria’s “president.”

The quietude from the Presidential Villa in the midst of potentially one of the world’s worst pandemics has been so disturbing that citizens have been literally pleading to hear from the man who claims to be their president.

Even Nigeria’s infamously pliant, “rubber-stamp” Senate, which takes pride in being at the beck and call of the executive, has called on Buhari to address the nation. But one of Buhari’s media aides said such calls from the senate amounted to “populism and cheap politics”!

Why can’t Buhari address the nation? What’s the big deal about a 5-minute (or less) televised address to the nation that someone will write for him? Well, the truth, which I’ve been pointing out since 2018, is that Buhari is too steeped in battles with his own personal demons to care about Nigerians.

Buhari is not well. A televised broadcast, however short, might expose and aggrandize this fact more forcefully than ever before. Notice that in previous broadcasts that his handlers felt compelled to ask him to make, he evinced noticeably low energy and slurred his speech.

On November 23, 2018, I tweeted about my encounter with a doctor who met Buhari in a non-medical context and told me, based on his treatment of and interactions with dementia patients, he was convinced that Buhari has dementia which, as I’ve pointed out before, is often characterized by repetitiveness, unawareness, mental deterioration, impaired memory, diminished quality of thought, slurred speech, and finally complete helplessness.

When I first pointed this out, a few people thought I was being malicious in the service of my opposition to his reelection. Now even close aides of Buhari admit in private that I was right. People who have had a chance to interact with him recently also concede that Buhari appears to be wracked by an irreversible mental decline and loss of control.

He stays no longer than 10 minutes at Federal Executive Council meetings and goes there only for photo ops to deceive Nigerians into thinking that he is in charge when, in fact, he is a sick puppy. It isn’t his fault that he is sick. Anyone, including me, can fall ill. I concede that. But Nigeria is too complex to be governed by a sick, insentient person.

If Buhari had any honour, he would have declined to seek a second term on account of his health and for the love of the people of Nigeria. But his ambition and greed are greater than his patriotism and integrity.

Now, Nigeria is officially “presidentless” not just because Buhari’s current mandate is brazenly rigged and therefore illegitimate but because Buhari has no mental presence to rule. Abba Kyari, his Chief of Staff, no longer conceals the fact that he is the one who calls the shots in the Presidential Villa—and in Nigeria. A March 10, 2020 news report in ThisDay, for instance, said Kyari was in Germany on behalf of Nigeria to hold talks with Siemens “on improved power” in the country.

That’s not the duty of a chief of staff. But anyone who doesn’t know by now that Abba Kyari is Nigeria’s unelected (perhaps unelectable) surrogate president must be living under the rock. But because he isn’t officially the president, not to mention the fact that he has severe speech impediments, he can’t address the nation.

So the first reason Buhari won’t address the nation is that doing so would expose his state of mental and physical health. A sick, ghostly “president” slurring his speech in a televised national broadcast would probably spook the nation more ominously than coronavirus can.

The second reason is that Buhari is in a grievous bind now. He was supposed to go to London for a medical checkup in February, but the leak of this information on social media and fringe news websites caused his handlers to postpone it by a few weeks— after, as usual, declaring that the leak was “fake news.”

The halt of all air travel to the UK—and, of course, the fear of contracting coronavirus in London—has ensured that Buhari can’t go to London. This must be one moment when he wished he built at least one state-of-the-art hospital in Abuja.

Given the horrible state of healthcare in Nigeria (which was made even worse by Buhari’s serial neglect of the sector in the time he has been “president”) and the inability to go on medical tourism anywhere else in the world, I would be shocked if Buhari is even remotely in a position to address the nation.

So Nigerians eager to hear from the man who says he is their president will have to contend with dishonest presidential press releases that purport to emanate from Buhari’s words, but which are actually ordered by Abba Kyari. Yemi Osinbajo is of no consequence any more.

Of course, even when Buhari was healthy and mentally alert, empathy, compassion, and fellow feeling were not his strong suits. He is a solipsistic narcissist who has no capacity for vicarious identification with the plight of people who are not directly related to him.

So it’s unfair to implicate only his physiological and mental decline in his insensitivity to the anxieties and dread of everyday people. His ill health only brought his cold detachment from people into bolder, more visible relief.

To be fair to him, though, people who are worshipped by as many stupid people as Buhari has been worshipped most of his adult life tend to suffer compassion deficit. A lot of his worshippers are now realizing that they wasted their emotions on a man who doesn’t care a tinker’s damn about them. But the most hopeless of them persist in their folly.

In Nigeria, the new coronavirus isn’t just threatening people and upending their ways of life, it is also exposing the crying leadership deficit in the country and the fraud that is packaged as the country’s “president.” I hope we all come out of this alive.