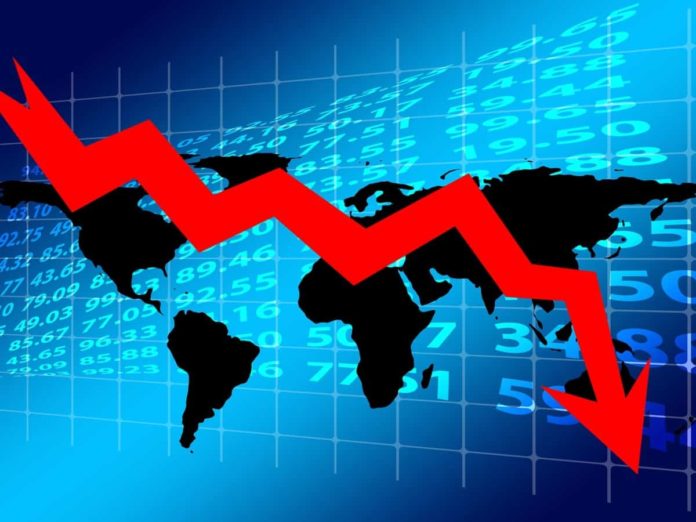 The coronavirus outbreak could cost the global economy up to USD 2 trillion this year, the UN’s trade and development agency said, warning that shock from the epidemic will cause a recession in some countries and depress global annual growth to below 2.5 percent.

“We envisage a slowdown in the global economy to under two percent for this year, and that will probably cost in the order of USD 1 trillion, compared with what people were forecasting back in September,” Director, Division on Globalization and Development Strategies at United Nations Conference on Trade and Development (UNCTAD) Richard Kozul-Wright said.

The UN agency said that apart from the tragic human consequences of the COVID-19 epidemic, the economic uncertainty it has sparked will likely cost the global economy USD 1 trillion in 2020.

A preliminary downside scenario sees a USD 2 trillion shortfalls in global income with a USD 220 billion hit to developing countries (excluding China). The most badly affected economies in this scenario will be oil-exporting countries, but also other commodity exporters, which stand to lose more than one percentage point of growth, as well as those with strong trade linkages to the initially shocked economies.

Growth decelerations between 0.7 percent and 0.9 percent are likely to occur in countries such as Canada, Mexico, and the Central American region, in the Americas; countries deeply inserted in the global value chains of East and South Asia, and countries in the immediacy of the European Union.

Last week, UNCTAD had said that the trade impact of the coronavirus epidemic for India is estimated to be about USD 348 million and the country figures among the top 15 economies most affected as the slowdown of manufacturing in China disrupts world trade. The slowdown of manufacturing in China due to the coronavirus outbreak is disrupting world trade and could result in a USD 50 billion decrease in exports across global value chains.

Launching the UNCTAD report as world financial markets tumbled over concerns about supply-chain interruptions from China, and oil price uncertainty among major producers, Kozul-Wright warned that few countries were likely to be left unscathed by the outbreak’s financial ramifications.

One “Doomsday scenario” in which the world economy grew at only 0.5 percent, would involve “a USD 2 trillion hit” to the gross domestic product, he said, adding that collapsing oil prices had been “a contributing factor to that growing sense of unease and panic.” While it was difficult to predict how the international financial markets will react to COVID-19’s impacts “what they do suggest is a world that is extremely anxious,” he said.

“There’s a degree of anxiety now that’s well beyond the health scares which are very serious and concerning.” To counter these fears, “Governments need to spend at this point in time to prevent the kind of meltdown that could be even more damaging than the one that is likely to take place over the course of the year,” Kozul-Wright said.

UNCTAD’s analysis points out that a persistent belief in the soundness of economic fundamentals and a self-correcting world economy continues to hamper policy thinking in the advanced economies.

“This will stymie the bolder policy interventions needed to prevent the threat of a more serious crisis and increases the chances that recurrent shocks will cause serious economic damage in the future,” Kozul-Wright added.

Central Banks are not in a position to solve this crisis alone and an appropriate macroeconomic policy response will need aggressive fiscal spending with significant public investment, including into the care economy, and targeted welfare support for adversely affected workers, businesses and communities, the analysis says. International coordination of these programmes will be required.

“Ultimately, a series of dedicated policy responses and institutional reforms are needed to prevent a localized health scare in a food market in Central China from turning into a global economic meltdown,” he said.