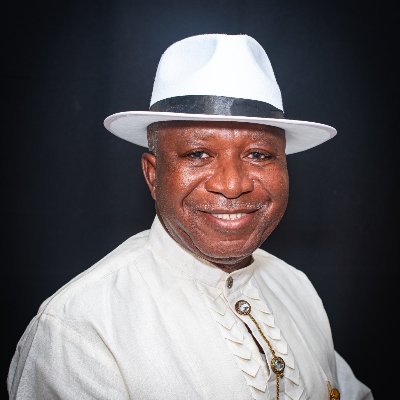 Despite the festering insecurity in Nigeria, the military is still enjoying loud ovation in some quarters. Former Regional Liaison Officer of the Presidential Amnesty Programme (PAP) and media consultant,  Piriye Kiyaramo, is applauding the Nigerian Armed Forces for producing some of the best leaders in the corporate world.

According to him, some of those best leaders in the corporate world are ‘’selfless, intelligent, decisive and dedicated’’.

He was speaking in Yenagoa, the Bayelsa State capital, against the backdrop of renewed excitement in the oil and gas region following the appointment of Milland Dixon Dikio, a retired Army Colonel as the new Coordinator of PAP.

Kiyaramo says Dikio is one of such refined and enthusiastic professional personalities produced by the Nigerian military, adding, ‘’their rare leadership qualities are highly valued in the corporate world. This explains why some Fortune 500 companies seek for retiring vibrant military officers like Dikio to recruit into their management training programmes.’’

Continuing,  he said it is difficult to find any military role that doesn’t confer some advantages on the civilian workplace, just as those that seem not to like the military, still admire them for their professionalism, discipline and for imbibing the spirit of teamwork, being traits every serious-minded civilian organisation will recognize as important.

‘’Military leadership experience develops such attributes above all others, and that such administrative competence are the ones that can really pay off for a civilian organisation led by a vibrant retired military officer, informing that, in the military, money may be the real incentive in galvanising troops, who may not even survive to spend it, or the possibility of losing a fancy job title isn’t much of a menace to someone facing the prospect of injury or even death’’, he said.

Dikio has already told the management staff of the amnesty programme that with him, it will not be business as usual, pointing out that their watchword from hence ‘’must’’ be commitment to the assignment.

The body language of Dikio, according to Kiyaramo, ‘’is indicative of his willingness to share risks and sacrifices made by the men and women under their command which creates loyal supporters willing to go the extra mile instead of indifferent labourers concerned only with their next paycheck.

“This insight that subordinates are often far better motived by leaders they trust than those who merely offer rewards and punishments, is too often missing from civilian businesses. But managers with military leadership experience can bring this inspirational style to any organization willing to invest in them.

“Many businesses are good at planning, but no one does it quite like the military. That’s because some of the situations they have to deal with, like combat operations and grand-scale logistics, would require far more than a general procedure on how to get from A to B. Military leaders establish backup plans and perform mission rehearsal exercises to prepare for every foreseeable outcome of a given challenge.

“This kind of planning experience can transform a civilian company. Employees who have been carefully instructed, and who have thoroughly rehearsed their roles, are far more likely to effectively execute a strategy.

‘’And preparing for multiple contingencies means there are few – if any – unexpected outcomes; even if a venture doesn’t produce the desired result, there are backup plans to mitigate any losses. Preparation at this level is second nature to managers and executives with military leadership experience.

“In the military, leaders carefully evaluate the performance of individual servicemembers. Areas in which they excel are noted, as are those in which they struggle. Then a plan is established to help them capitalise on their strengths and remedy their weaknesses.

‘’ It might mean one-on-one time with a classroom instructor, more field training exercises as part of a team or even extra duty shifts that provide an opportunity to practice specific skills in a real-world environment. In many cases, junior officer is tasked with personally overseeing this additional guidance.

“In the business world, training is often limited to a general orientation that takes place only during the first few weeks of employment. Mentorship may be nonexistent or confined to informal arrangements made between the occasional supervisor and subordinate who happen to get along especially well. Comprehensive, ongoing training and advising are rarely seen as priorities.

“Leaders who learn their skills in the military can help companies and other organisations improve how they handle professional development because they understand the benefits of evaluating subordinates and creating a plan to continually improve their performance.

‘’They also know personal involvement is required, whether it’s an employee spending more time learning from his direct supervisor or upper-level managers taking the time to foster mentor-mentee relationships across board.

“Some of the most successful companies in the world have done this and received a great return on their investment. It requires a lot of work on the employer’s part, but can really help attract top-notch talent.’’