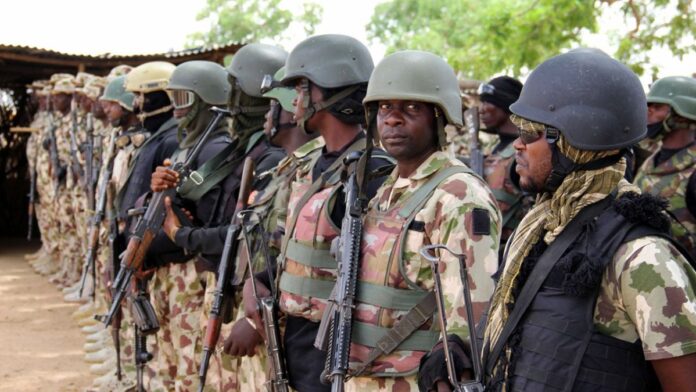 The Nigerian military has lost one senior military officer (reportedly a Colonel) and two soldiers.

He recalled that on Thursday, troops on a clearance operation against criminals across the North-West zone got information on bandits’ attack in Unguwar Doka village, Faskari LGA of Kastina State.

“They successfully cleared the village of the marauders to the admiration of the locals. During the encounter, troops successfully neutralized 21 bandits while others escaped with gunshot wounds into the forest as evident by the trails of blood along the criminals’ escape route.

“The gallant troops successfully rescued 3 kidnapped victims including an 8 months old baby who have been in the custody of the criminals for more than 23 days. During the exploitation phase of the operation, the gallant troops recovered one AK 47 rifle, one AK 47 magazine and 3 Motorcycles from the fleeing bandits.

“Regrettably, resulting from the encounter with the bandits, one gallant officer and 2 soldiers paid the supreme sacrifice while 2 other soldiers were wounded in action and are currently receiving medical treatment in a military medical facility and responding positively.”

The statement added that troops have continued to pursue the bandits into the forest and dominate the general areas with aggressive fighting patrols to deny them any respite.

The military urged them not to rest on their oars until the region is completely rid of all criminal elements.

Onyeuko assured of the safety of lives and property and encouraged Nigerians to give timely and credible information.