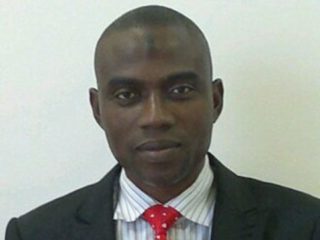 The National President of Colleges of Education Academic Staff Union, COEASU, Comrade Nuhu Ogirima, has described the performance of Nigeria’s President Muhammadu Buhari in the area of education as a total failure.

Speaking on Buhari’s five years in office, Ogirima, expressed disappointment in his government for failing to make a significant effort, at tackling the multitude of problems facing the education sector since he came into power in 2015.

The academic union leader, wondered why the retired Army General turned politician, has not considered it necessary for him to do something meaningful, that will immensely turn around the fortunes of the education sector of the country.

He particularly lamented the deliberate neglect of Colleges of Education by the government, stressing that such portends serious implication for the country’s education system.

“The present administration of President Muhammadu Buhari has in the last five years done nothing meaningful to address the various issues that have hampered the advancement of the country’s education sector. Virtually all the problems he met upon assumption of office five years ago in the area of education have remained unresolved. Look at the needs assessment report for Colleges of Education. It is yet to be implemented. Other agreements and promises made have not been fulfilled. Sadly, matters concerning education have not got the kind of attention they deserve from this government. The government failed to understand that education is the bedrock for a nation’s economic growth and development as well as the most important resource for human development. Any serious-minded government should not hesitate to make education a top priority in its policy formulation and implementation,” Ogirima remarked.

The COEASU helmsman asked Buhari to declare a state of emergency in education to squarely deal with the numerous challenges bedevilling the sector.