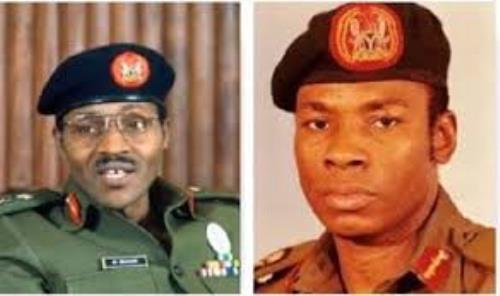 The advantage of multi-ethnic or multiracial environment endears us to strive for the optimum character in human potential. Different ideas and ideals are brought to bear in management and smooth running of any organization or business. The problem with dictatorial tendencies is the creation of fear that stifles free and diverse opinions which help the leadership. Buhari, if he cares, is paying the price of lack of diversity at the top.

There was a country under General Buhari. It came to order under Operation War Against Indiscipline within a flash. Operation WAI was so oppressive many people of goodwill complained it was too harsh. Older people that younger folks had to get up for on the bus or allow to go in front of the line in banks, had to line up and wait for their turns. It was un-African as respect for our elders went out the window.

Anyway, Buhari was firmly in charge and his orders were implemented with uncheerful alacrity through Idiagbon. Nigerians knew that the Military regime was not pleasant but given a choice between the way their country was going down and a rescue mission by the military, they welcomed the Army with some reservations.

O gosh, respect for the elderly online was the least of all the problems with discipline; since some people disappeared in the name of Idiagbon. He was so ruthless, nobody close to him would dare ask for favours or indulgence in his name. Idiagbon was terror! But Buhari/Idiagbon brought sanity back to the Country in 1983 after the reckless decadence of the Civilian Government of Shehu Shagari that had been confirmed in the 1979 inconclusive election won by law that divided a state into two-third.

In spite of the iron hands of the Army, most people welcomed the change from impunity to unpalatable discipline. The Country was losing everything from substantive economic growth to the importation of junk and luxuries resulting in a waste of Foreign Reserves and talents. Folks were no longer using their brains since they could make easy money from political connections, unfulfilled contracts, petty selling and buying of anything foreign.

The overthrow of Buhari in a palace coup by Babangida, while Idiagbon was out of the country in Saudi Arabia, left an indelible mark on Buhari’s psyche up to today. Indeed, that is the reason all his security chiefs and confidants are from his kitchen cabinet closer to his home. But his success as a disciplinarian that won him election came largely from Idiagbon from Kwara State, watching his back.

The irony was that the overthrow of his regime as a dictator came mostly from his Northern cliques. Today, a familiar clique of Services Chiefs have taken him hostage going against what elected him. Forget about his wife’s reservation of them, Buhari cannot change his Service Chiefs, even when they cannot defeat Boko Haram.

The fear expressed by Buhari’s wife Aisha was recently confirmed by his National Security Adviser, Major General Babagana Monguno (rtd). He claimed that those that did not work for his election are “strange” people like Chief of Staff Abba Kyari that were meddling in Security affairs in the Presidency. He called on the Service Chiefs to stop taking his orders!

Soldiers had expressed their indignation over Amnesty granted to Boko Haram miscreants roaming the Country killing Hausa and minority farmers in the North, spreading and asserting their privilege to kidnap, maim, kill and rape women with impunity in the South. No country can stand united under such injustice condoned by the Authority that was expected to punish them.

The mayhem of Boko Haram that started in Churches, against Southerners has now metastasized against Northerners killing minorities and the Hausa majority without any solution in sight. The reason is that the minority Fulani led Government granted free entry without a visa into the Country once they show up (usually from the Northern border) where Fulani from other countries get a free pass.

Despite the fact that Buhari admitted that those creating problems by maiming and killing Nigerians are foreigners penetrating our borders. The same Nigerian borders are closed in the South. So Buhari has lost the credibility on security and discipline that brought him to power by declaring Nigerian borders open to known terrorists from other countries despite cries against them from other parts of the Country.

Even worse, his fight against corruption is now in doubt. The USA recently refused to release Abacha loot since the receivers were part of Abacha team that looted it in the first place. There is no reason to release looted funds into the hands of the same people that looted it. Foreign countries know it is going to be looted again.

This was the same country that fought a civil war without borrowing a kobo, controlled access to foreign currencies and trade. The door is suddenly thrown open for Abacha and his team of looters to recover what they lost in foreign countries.

They also knew he was a dictator then and might return as one again. But the excesses of Jonathan and the impunity of his ministers were too much to bear. Buhari has grown old and lost his courage to fight corruption and terrorists. This is not the time to regret the choice of Buhari, it is time to let leaders know, they will be thrown out once the aspiration of the people has been betrayed.